Tang Yongxiang started capturing the daily life through the photos as creative materials and bases for the consequent paintings during his postgraduate study. Since 2007, his focus transferred from image itself to the process of absorbing. At this stage, he has formed his unique visual language through the method of repeating layering in painting, basing yet reconstructing the original images. He deems the painting is a process of experiencing. Hence, images, form and colours are applied to a specific field, accompanying with his instincts. This is precisely what Tang wants to provide to the audience.

Tang Yongxiang in “Each to His Own: Li Wendong and Wei Xingye Collection Exhibition” at OCAT Xi’an 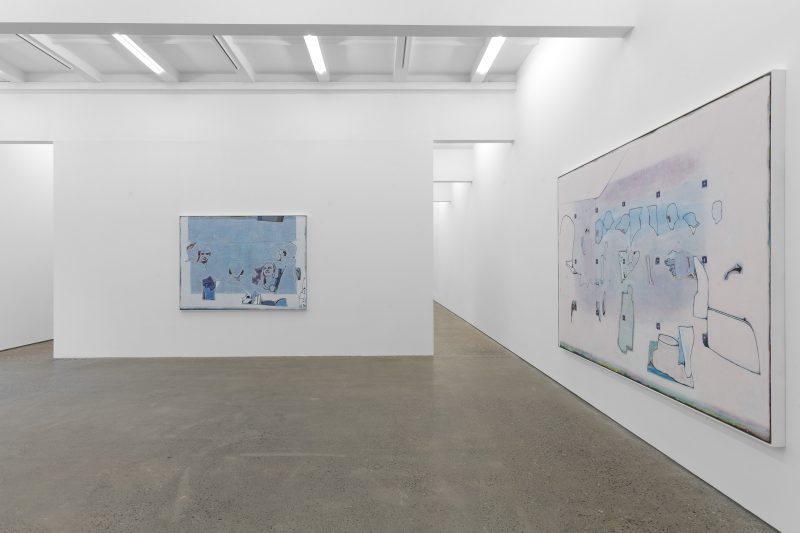 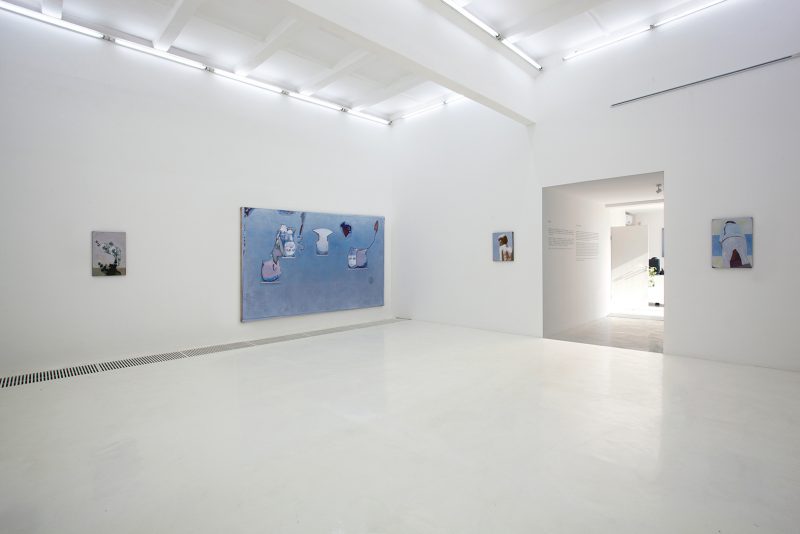 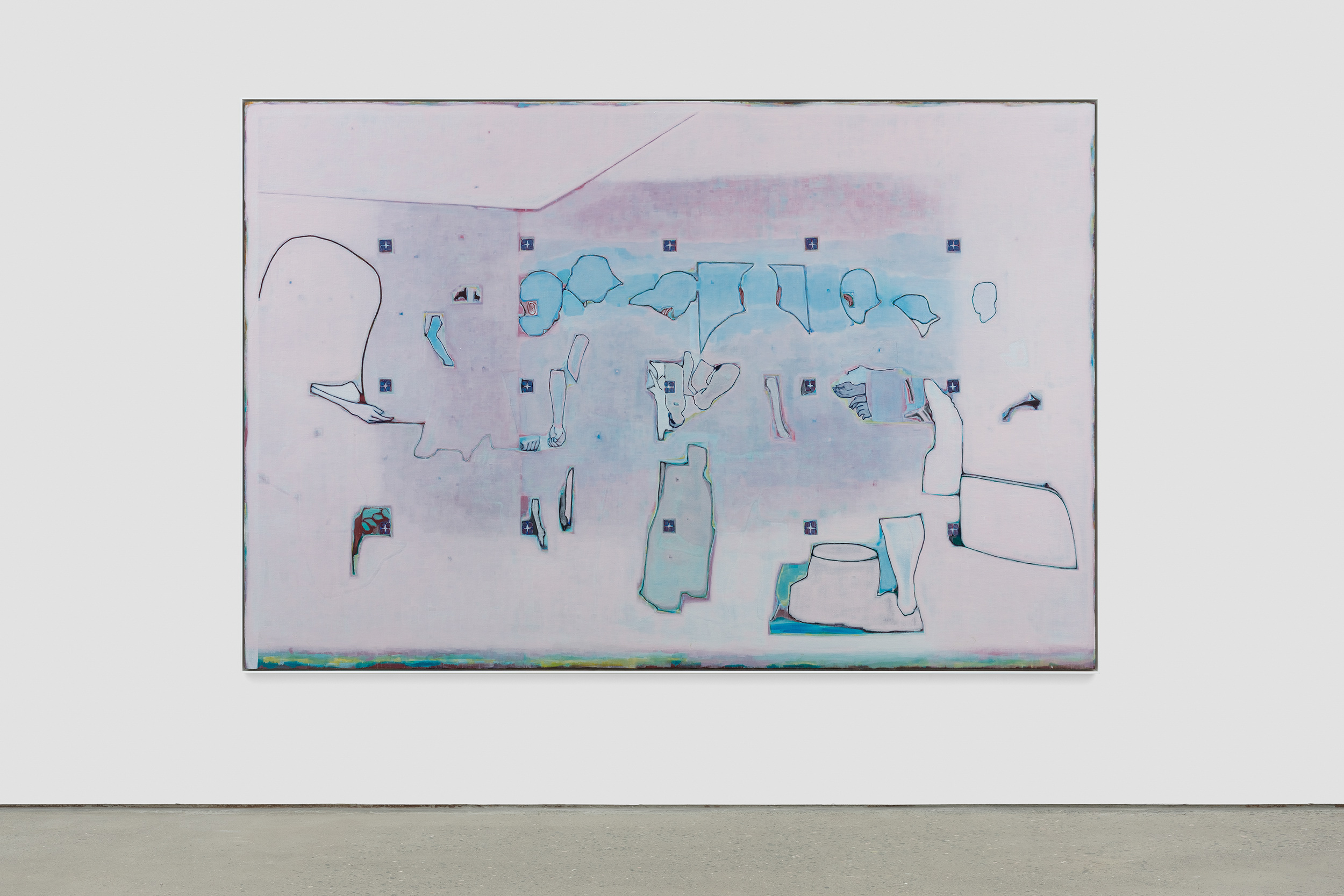 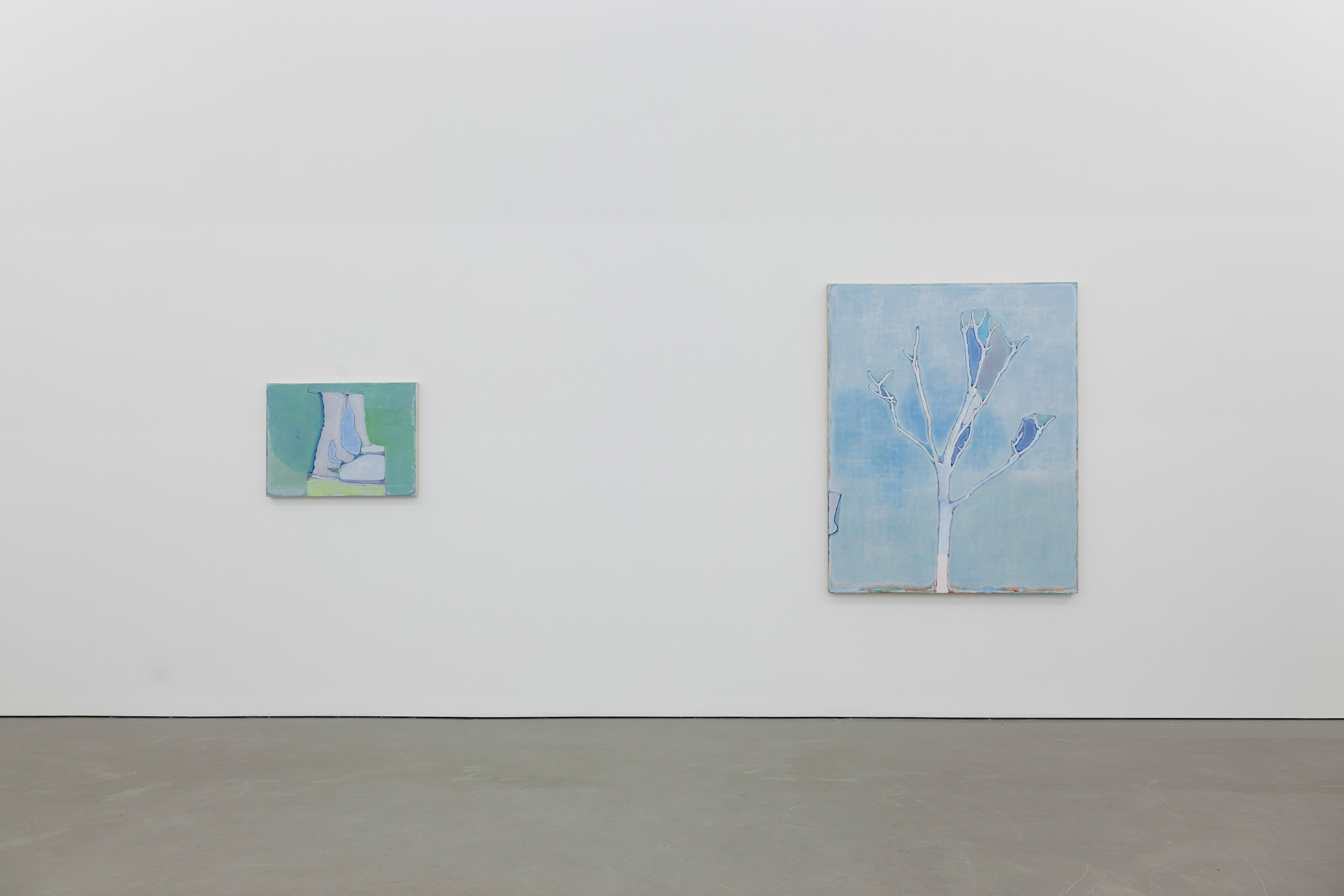 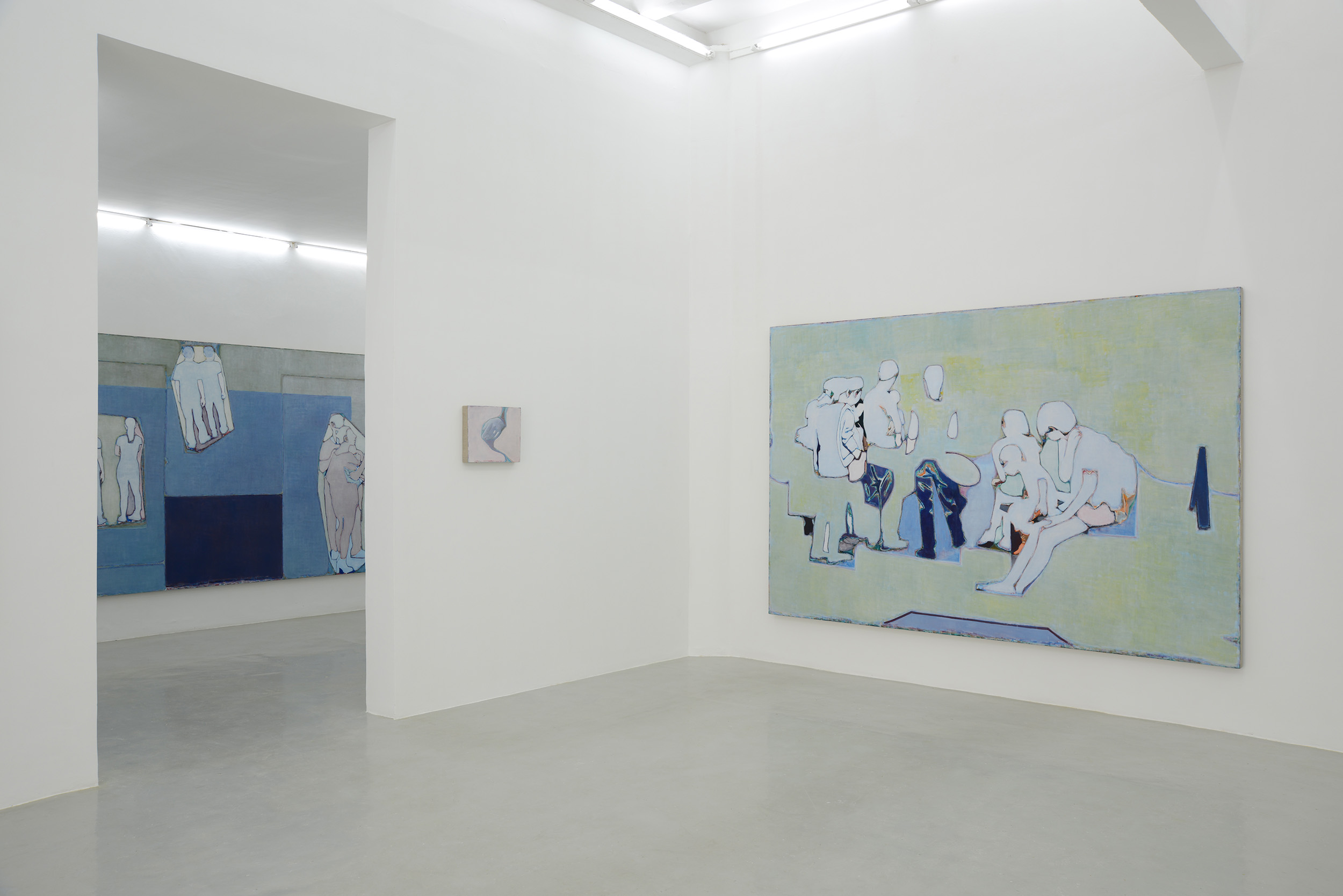 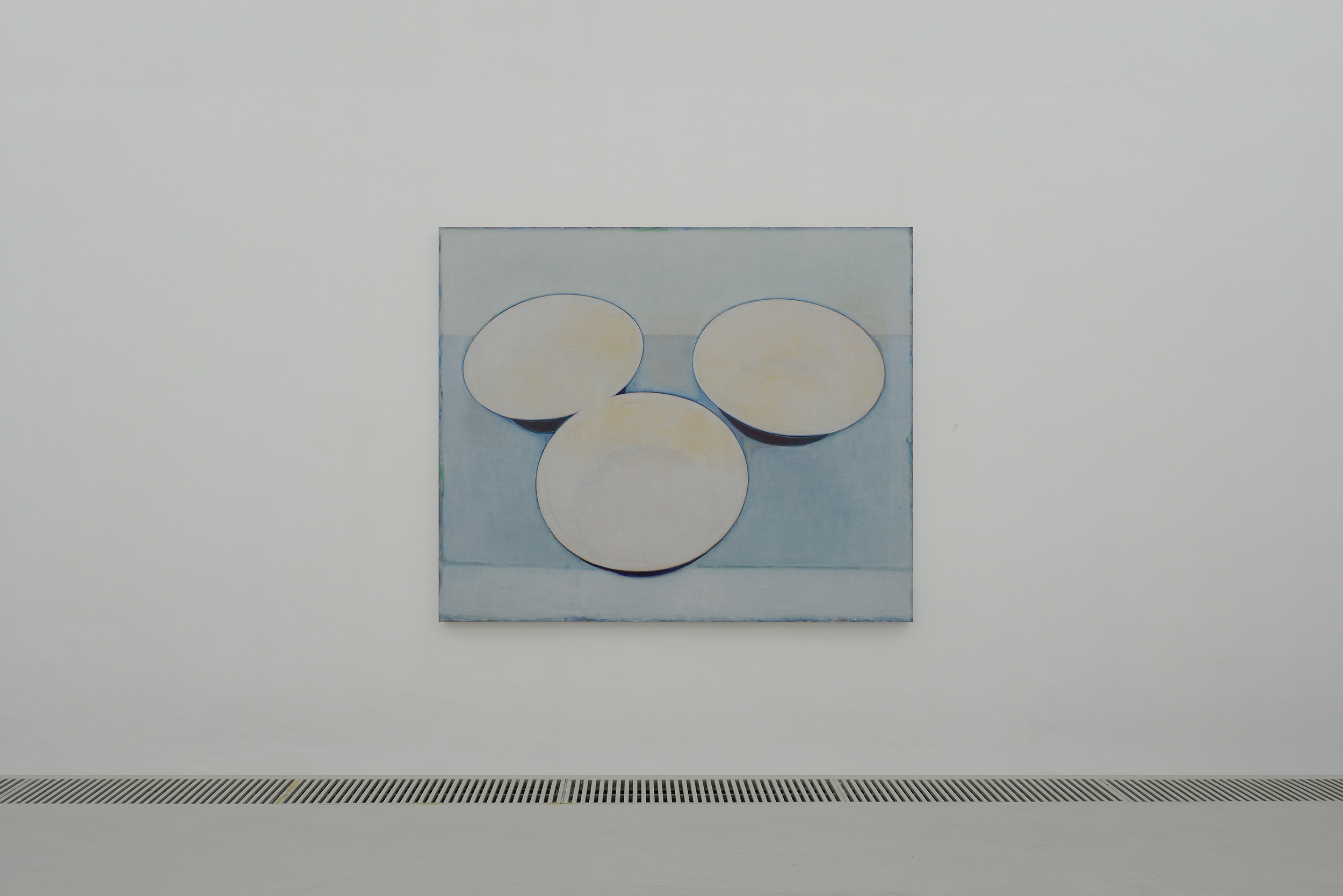 “It is precisely here that these ruptures become the entry point into the canvas space just as he will always be able to see in unlimited ways a positive negative structure within a form. Just as Tang opens up new possibilities of a visual narrative within these ruptures, it is also possible that these narratives might always remain incomplete. Conversely, while the forms within the canvas may be unpredictable, because of the many different layers they can be viewed, read, and interpreted, this also signifies how the canvases are never entirely arbitrary in their making. In this way, any provisional rationalization or causal relationship that influences the act of viewing no longer seems to impede Tang as he develops a way of imagining forms beyond methods of description.”

“What does he want to discard? The concepts imposed from the outside world, which includes motives tied to an aesthetic and system of categorization used to define materiality. When materiality is enabled to exist without a fixed notion of its concrete attributes or concepts, how does one connect back to the specific medium of painting again? It is from this standpoint, where the painter persists in the process of reshaping relationships of temporality and space through the language of painting.”

“By engaging with memory, intuition, and the subconscious, Tang Yongxiang endows his work with an ethereal quality of estrangement. Material is culled from photographs and repeatedly function to extract information through engaging with the memory of the artist. The visual image is approached as an inexhaustible resource that offers unlimited possibilities of permutation – this also explains why similar icons frequently appear throughout his work. Suggestive of a compulsive tendency – when the back of a figure, the leg, or a still life appears, they each evoke a bewildering sense of déjà vu to the viewer. Yet these familiar archetypes and objects are merely the entry point into his paintings. They begin with a photograph, which becomes reconfigured via the artist’s own memory before appearing on the canvas. From there, they gradually begin to diminish – reaching a point of defamiliarization before eventually the painting becomes a record of sorts, capturing an instantaneous moment similar to the function of a camera. Perhaps in this way, his paintings can be regarded as the second take of the original photograph. Relinquishing the warmth of the body (although this does not entirely disappear), they become removed from the common attributes tied to the quotidian everyday object.”

Magician Space is presenting our first Video Archive, it records a comprehensive interview with the artist Tang Yongxiang. This video captures the artist’s thoughts and his creative process in his studio, so to represent how he has developed his unique working methods. From these materials, the audiences will have a chance to connect the relationship between the objects created by the artist as well as his emotions behind them.