Over the last decade Keren Cytter has created a complex body of work, including a number of films, theatrical plays, published three novels, and established D.I.E Now, a theater company whose name stands for Dance International Europe Now. She is also one of a rare breed of contemporary artists in whose work writing and language takes a critical role. Cytter would probably argue that it is much easier to make films than to write novels, but her intensive way of writing ─ writing stories and novels in very short bursts of time ─ has, in many ways, influenced her approach to film-making.

Although Cytter shows her video works in an art context, she refers to them not as video works, but rather as films. Her films are closely related to her writing and very much depend on the script, as every shot in the film has already been written down and decided upon, from the movement of the camera to the physical movement, actors, and visual effects. All of her films can be accessed on her YouTube channel: The Definitive collection of Keren Cytter, the video artist from an obscure country. Thus, she gives her potential audience the option to either see the works online or in the exhibition context.

If you have a look at one of Cytter’s scripts you will see that each sequence is already decided through the writing process, and there is very little improvisation in terms of the filming. The fragmented narratives in the films seem familiar but are still disturbing. The stories are at times absurd, and always structured around men and women, love, jealousy, relationships, and emotional states. The young people in her films ─ most of the time, non-professional actors ─ wear casual outfits, while the places that the stories take place remind us of our neighbors’ rundown apartment (and actually, many of the films are shot in artists’ apartments in Berlin).

As mentioned, the young people that Cytter collaborates with in her films and plays are not trained actors most of the time. They present the script in very different tone than would professional actors, marked by the lack of emotional expression. The selection of non-professional actors and the way in which she works with trained actors conveys an interesting aspect of the atmosphere produced between reality and the filmed performance, producing a certain conflict between reality and fiction as well as between reality and representation. She investigates the rules and norms of representation that we take for granted in art, and life as well. These rules not only govern our actions but emotional states and how we express them. She uses different genres too, from melodrama, thriller, and film noir to soap operas, making her films/stories very familiar but disturbing at the same time as they don’t provide the expected satisfaction of pure entertainment.

Her work presents a certain degree of honesty in its representation so that its artificial side is made more than obvious. In her scripts, actors usually break the boundary between play and reality, through said sentences referring to the subtitles in the film of script itself, reminding us that what is seen is a staged performance, and that the players are paid to be there. In her play SHOW REAL DRAMA, actress Susanne Meyer says: My name is Susanne Meyer… I am paid to be standing here and talking to…”

Although called films, the videos are shot in a homemade style with a hand held camera and shaky shots. In interviews she usually mentions Quentin Tarantino, Lars von Trier, Alfred Hitchcock, Pier Paolo Pasolini as inspiration for the works. In her films language plays a very important role. Actors usually switch from English to German to French, voices overlap each other, voices in the background appear and disappear, and overlap again and again. In many of the works she challenges a chronological notion of time and how time is developed in mainstream film and theater. Thus, many actions and parts of the scripts appear over and over and the story usually progresses in unexpected directions. For her first exhibition in China, Cytter will present four films works that will act as a small overview of Cytter’s work over the last decade (although this will be difficult to do, as she has produced over 40 films in that time).

Her early work “Brush” made in 2001 in Israel, was an important transition for her as it was her first lengthy film production. Dubbed into English much later in 2007, the artist developed a love story in six parts between a man and a woman who are brought together through a symbol on a metal hair brush that appears at the beginning of the movie. In this story the symbol is both the reason for them to fall in love and, in the end, the reason that they separate. The fact that their relationship turns out to be a one night stand gives further insight into the loneliness and anxiety within both of the characters. The fact that it is a black and white movie, dubbed in English, creates yet another layer that somehow reminds the viewer of early film production, but in a very low-tech format, where the dubbed language creates a slight distance between the language heard and the actual language of the actors.

“Der Spiegel,” produced in 2007, is one of the most exhibited works by Cytter, for which she worked with trained actors. The rhythm of the movie is very fast and the dialogues are chanted to an urgent rhythm. “Der Spiegel” tells the story of woman in her forty’s facing her naked image in the mirror, and the fact that she is not a girl but a woman in the eyes of men. The desire for love and to be loved is enveloped in a complex love triangle between woman, husband and lover, presented in a looped format without end.

“Four Seasons” has the atmosphere of a thriller, with dramatic music. The opening scene involves a woman bleeding heavily in his bath tub while a woman ─ his neighbor, Lucy ─ comes over to complain about the noise. The neighbor calls her again and again “Stella.” The story overlaps in time between two characters wherein one woman is brutally murdered by a man, while in the other they are shown in a home setting. The two seem to be strangers, but share the memory, full of passion and violence. The narrative between the two is interrupted by a rather neutral male voice, describing labyrinthine architecture inspired by Borghes’ short story “Immortal.” Aside from the ways that the film uncovers and makes apparent certain artificial aspects of cinema, “Four Seasons” is filled with a great intensity and consists of poetic scenes.

In her latest work, “Video Art Manual,” the piece starts with shot of a young man in an office like setting who confidently explains that he will reveal the mysteries of the new media that established a new type of viewer (i.e. those who became the producers of content). The story shifts when there is an electricity outage, and consequently there is no internet, no hot water, no TV, no mobile phones, no refridgerator. The only thing working is a wooden duck telephone that was sitting on the table of the young man who first introduced the manual. “Video Art Manual” touches on issues of human boredom and melancholy, when the only thing them mind turns to in these moments when we are left alone is death and our own loneliness. There is no other possible entertainment. With a sense of humor, Cytter looks at today’s image production ─ its distribution and consumption, as well as how it influences daily life. Asking simply: Can anyone imagine tomorrow without power?

Keren Cytter applies her own doubts as points of departure for her work ─ doubts and anxiety in human relations, communication, our choices of entertainment, image production in life and art, and so on. Her work reminds us of the lack of belief in basic human values.

Keren Cytter was born 1977 in Tel Aviv, Israel. She lives and works in Berlin. In 2009 she was awarded the Absolut Art Award and shortlisted for the Preis der Nationalgalerie für junge Kunst in Berlin. In 2008 she received the Ars Viva 2008; Preis für Bildende Kunst des Kulturkreises der deutschen Wirtschaft, Berlin, and in 2006 the Bâloise Art Prize in Basel.

Her play History in the Making, or the Secret Diaries of Linda Schultz with the dance company D.I.E. Now was presented at Tate Modern, London, Hebbel am Ufer, Berlin and Van Abbemuseum, Eindhoven.

Keren Cytter was born 1977 in Tel Aviv, Israel. She lives and works in Berlin. In 2009 she was awarded the Absolut Art Award and shortlisted for the Preis der Nationalgalerie für junge Kunst in Berlin. In 2008 she received the Ars Viva 2008; Preis für Bildende Kunst des Kulturkreises der deutschen Wirtschaft, Berlin, and in 2006 the Bâloise Art Prize in Basel.

Her play History in the Making, or the Secret Diaries of Linda Schultz with the dance company D.I.E. Now was presented at Tate Modern, London, Hebbel am Ufer, Berlin and Van Abbemuseum, Eindhoven. 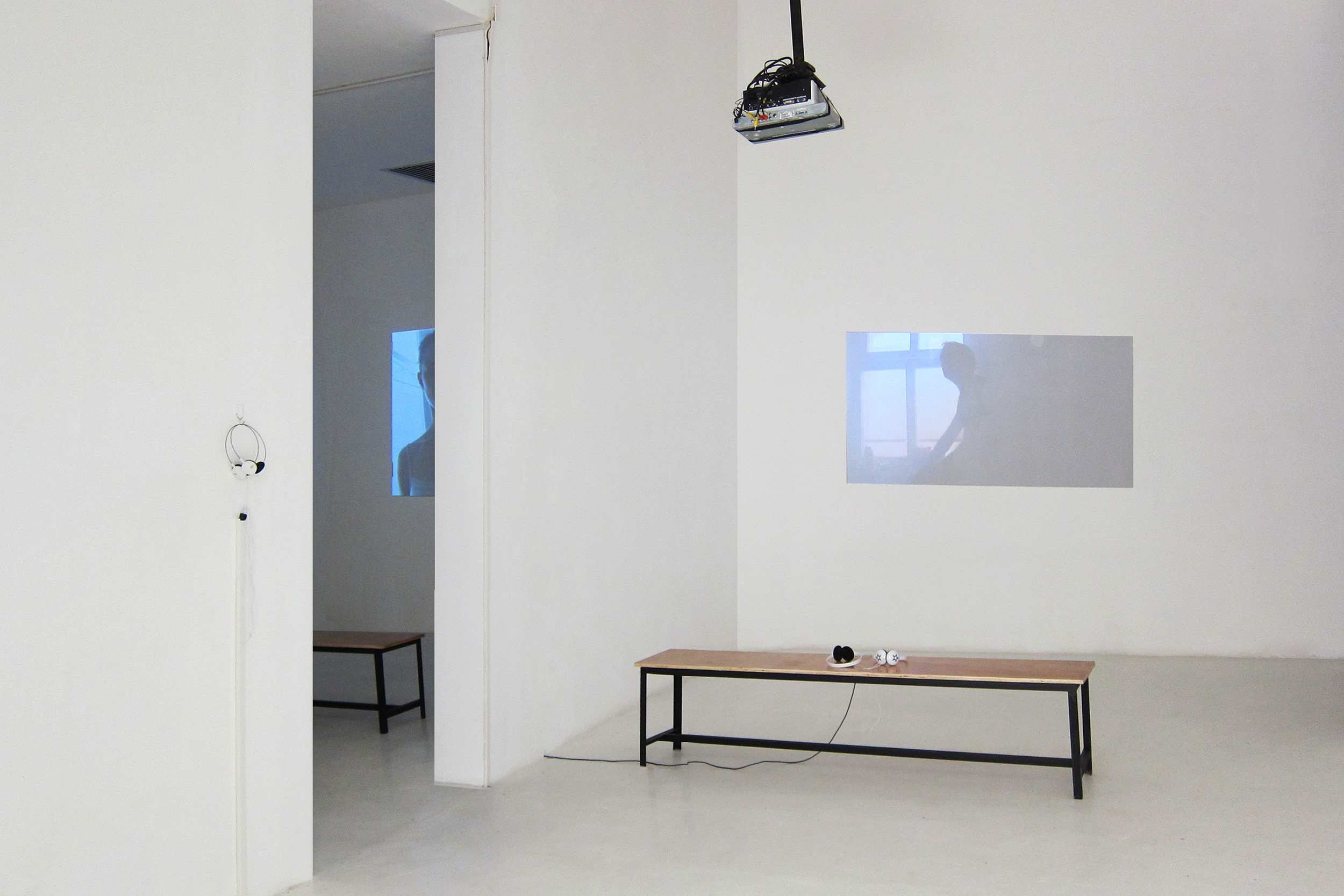