Magician Space is pleased to present ‘Time is Money’ the second installment of a unique back-to-back exhibition series with Guangdong artist Li Jinghu. The exhibition brings together two newly commissioned works, offering a poetic rumination on society, industry, and capitalism – of the boundaries erected that separate humanity from nature. Comprising moving-image, sound, as well as sculptural and painted elements, the exhibition moment is translated into a nocturnal setting inspired by the reality of Dongguan – an emerging ‘factory of the world’. In continuation of the first exhibition, the title embodies the missing half of the billboard slogan ‘Time Is Money, Efficiency Is Life’ – an ominous phrase used in South China throughout the 80s.

Two distinct installations will occupy each of the exhibition rooms, underscoring an intertwining and ongoing personal ‘historiography’ of Dongguan in flux. Reflecting an ongoing interest in the fugitive imprints of labor and life, the exhibition includes the installation ‘Today’s Screening’ – a re-staging of video halls that once littered streets nearby factories. A popular nighttime activity for factory workers, the setting of the video hall is distilled into its most basic components: the soundtrack and projected image. Mass-produced plastic crystals – a source of livelihood and at once an incongruous presence in this city – cover the projection film-screen, abstracting a continuous circularity of images into a refracted dazzle of darkness and light. With this sleight of hand, a social moment transforms into a spectral image, as projection becomes the performing act.

The second installation ‘Moonlight’ inhabits the main exhibition hall, marking a new series of wall-based works. As tempo, subject matter, and soundtrack shift through different cadences in the smaller room, ‘Moonlight’ offers a further counterpoint through a fixed sequence of varying geometric forms. Here, each form alludes to moonlight as it traverses through crevices and the elongated gaps of buildings – in the city, moonlight neither dances nor shimmers like it does between living branches of trees. It instead retains a rather motionless etiolated glow, but with an industrial airbrush to coerce the surface paint into craters and ridges, the ‘skin’ of these indelible marks provide a new sensory field held together in a state of pleasant suspension. We are reminded of this celestial being in the sky – of the void beyond the quotidian and of its enduring visual potential. 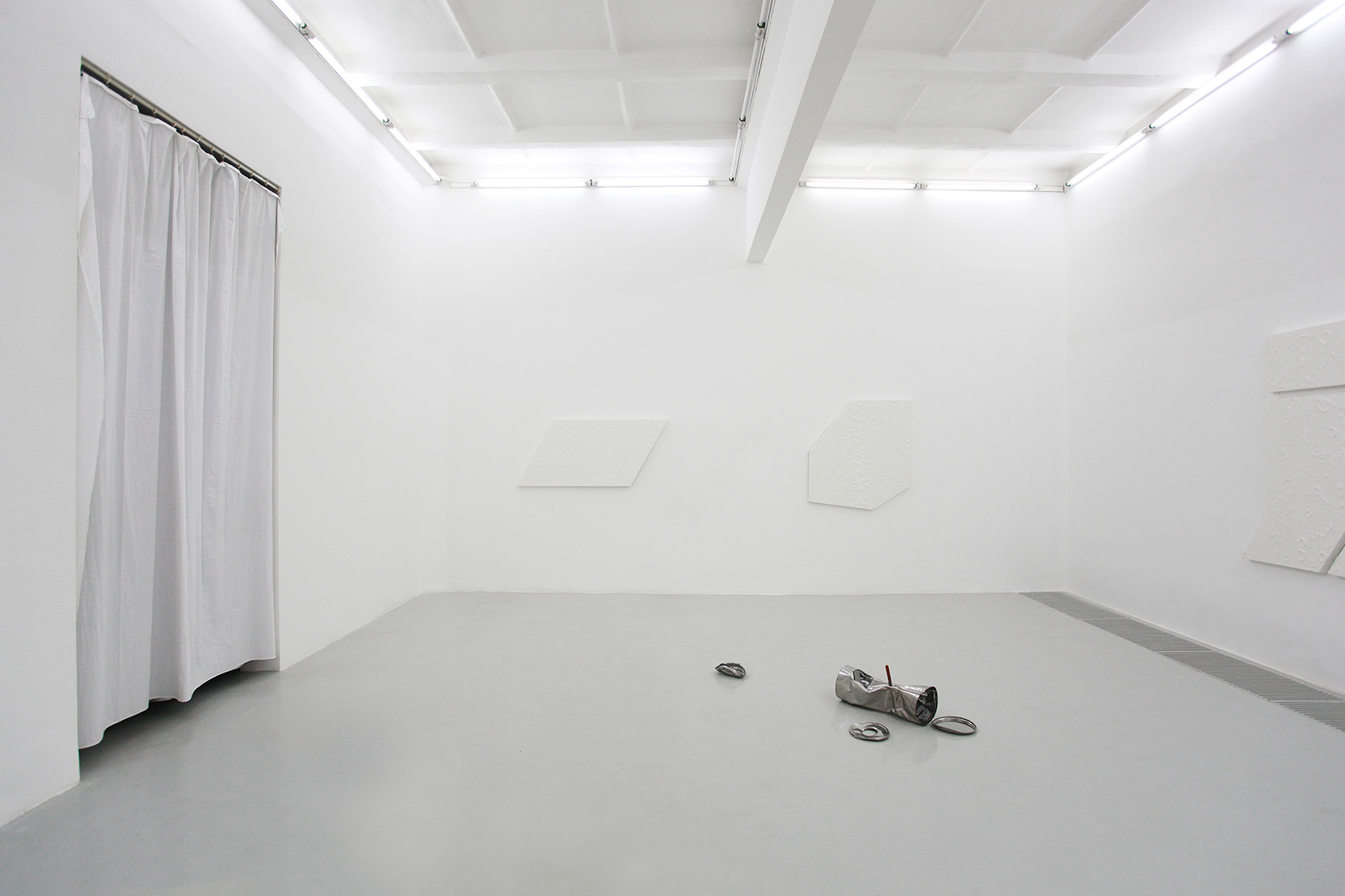 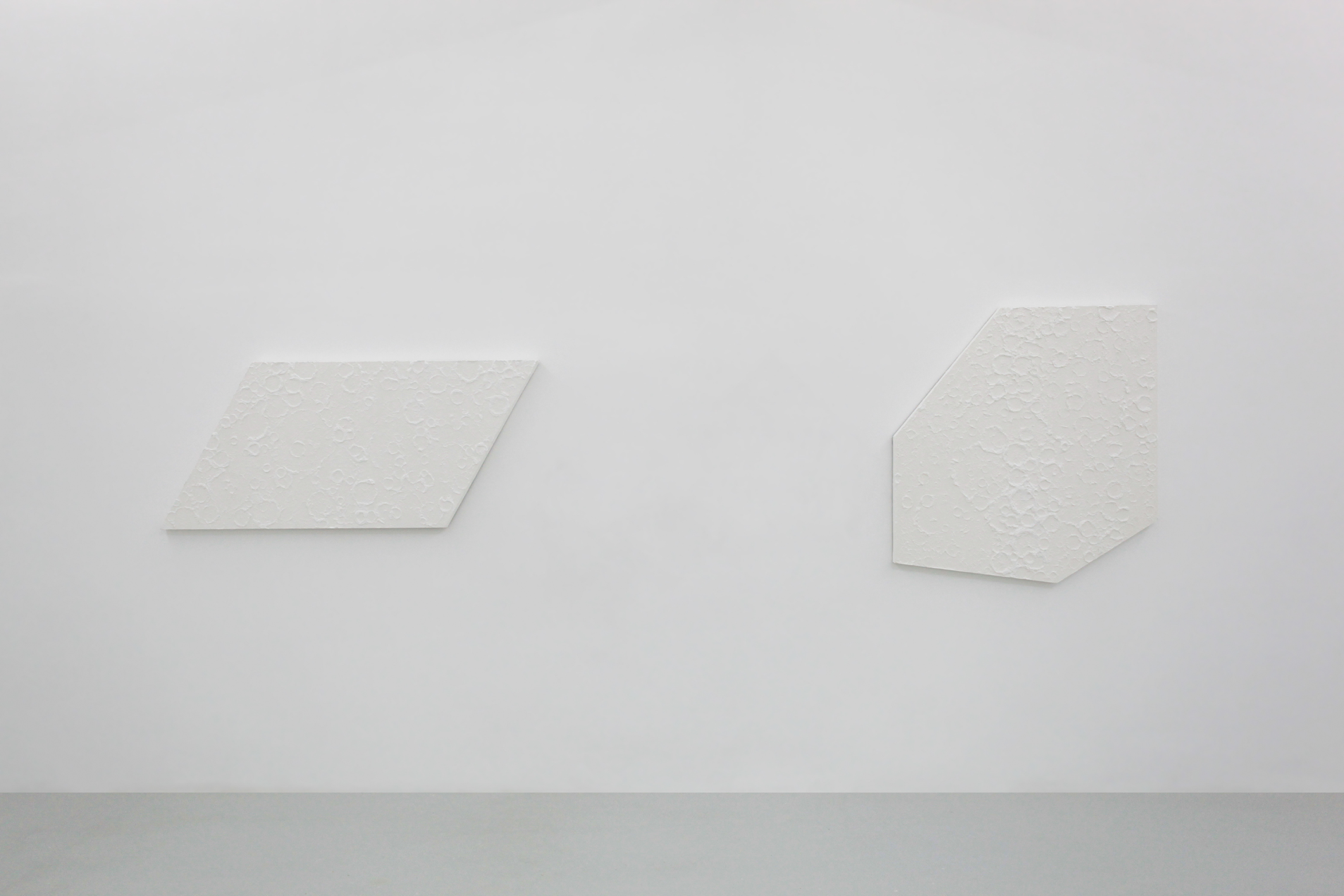 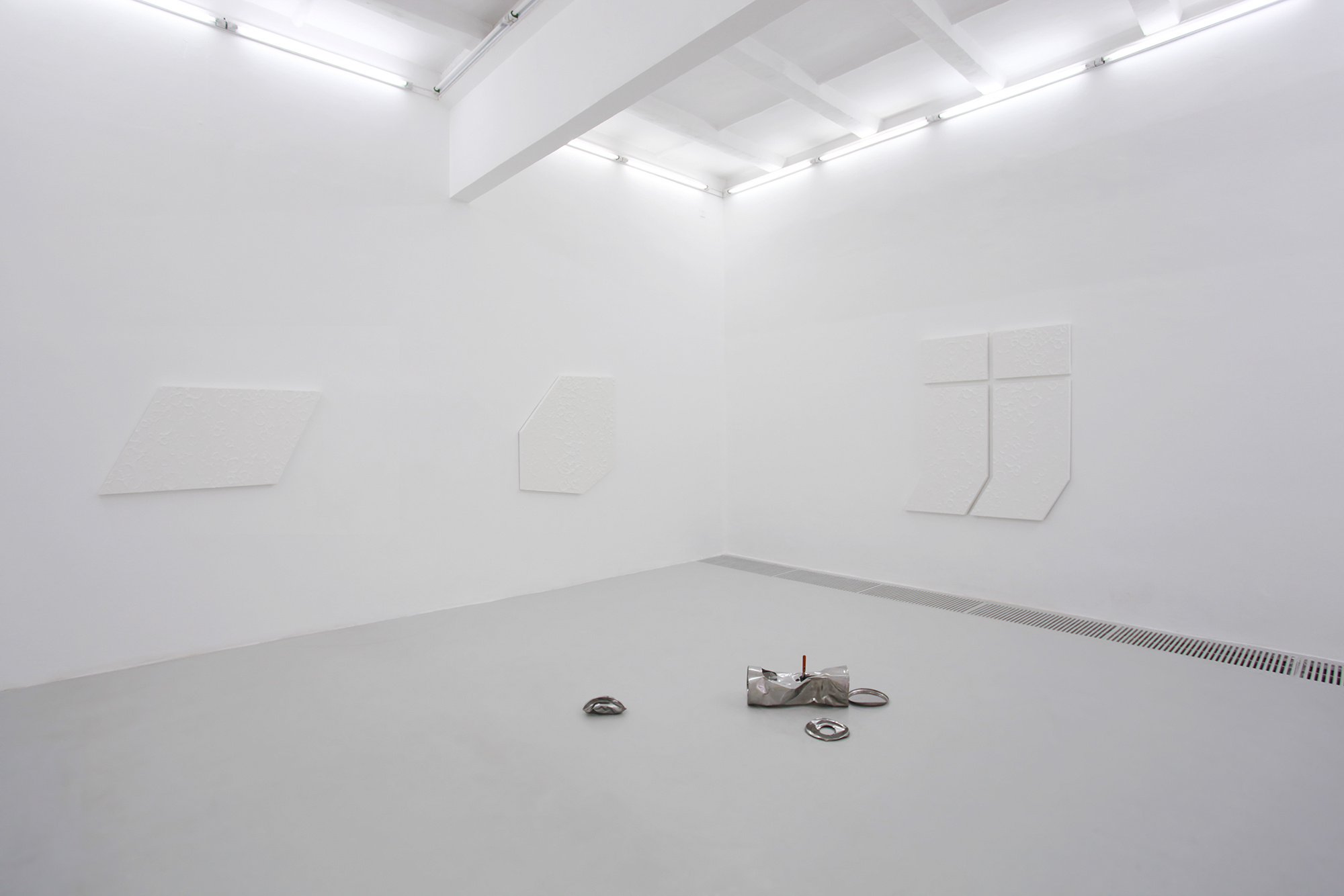 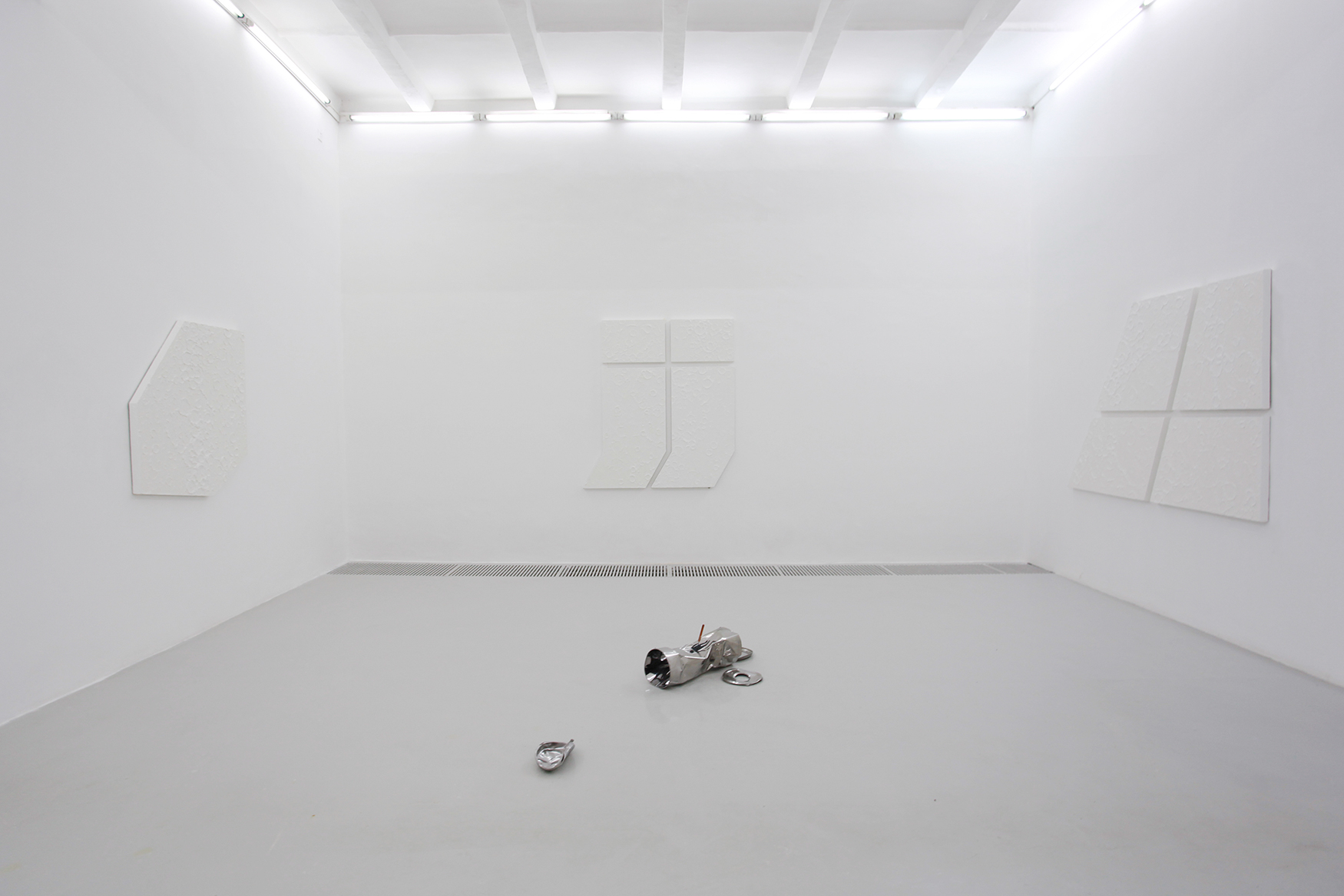