Liu Yefu focuses on video and mixed material creations. Influenced by Chinese folk culture, Liu is interested in the expression of black humor with a stream of consciousness style, playfully comments on the chaos and restlessness of social realities. By shooting daily life scenes, combined with carefully selected ready-made products in line with his fictional plot, Liu mapping the ideology and stereotypes brought by history, nationality, and memory. In Hehemeimei (“hehemeimei” originates from Chinese “和和美美”, which means a beautiful vision of harmonious relations in Chinese traditional culture.), Liu made up a future landscape which based on scenes of street life in Beijing, about globalization, geopolitics, and economy. Liu envisions the notion of “global-local” in secular and matter-of-fact language that poignantly points out the existing conflicts between the conservatives and liberals, the elites and the grassroots, as well as the reflexivity of ideology and their unanimous idleness in reality.

By they the fake turtle, massage walnut, clay and other materials, or through the Beijing street life scenes to imagine the future of territorial and political structures, all these senses imply the meaning of Harmony is Beauty. In video artwork Hehemeimei (2019-21), Liu not only made up the conflict between the Ja Lama (Danbiijantsan, 1862-1922) and Sven Hedin (1865-1952) in history, the boasting of old men playing chess but also penetrated the metaphorical and ambiguous relationship between the Chinese pond turtle and the policy of “hide our capabilities and bide our time”. The artist visualizes the imaginations where war rages over the Indian Ocean; the Malacca Straits is controlled by pirates; the seaway that transports crude oil to the Middle East is cut off, so it detours via Pakistan to arrive at the ports of Kashgar and the Small-scale peasant economy has been revived in Yellow River basin; China’s intervention on the Qinghai-Tibetan plateau brought in the warm the wet airflow from the Indian Ocean to Tarim Basin, and Xinjiang once again has become China’s oasis in Central Asia; a large number of immigrants from Asia crossed the Bering Sea, turning the Americas the new “East”. The mixing of people’s life and material objects has staged a tea party about the plates drift of geopolitics.

At the scene of Hehemeimei, the clay figurine plays the bamboo flute on the side of the turtle leisurely. Liu Yefu quixotic metaphors highlight how collective consensus can serve as political manoeuvring, allowing individual pursuits to permeate into the cynical realist expressions. On the other side of the space, the word VE RI TAS, handwritten on a sand pile, comes from the artist recalling of the Harvard school motto while playing in the Taklamakan Desert. Slowly disappearing as an electric fan blows wind onsite (“V” for Veritas, 2021), this cross-cultural and trans-regional imagination accurately conveys Liu’s skepticism on the standard of universal civilization and value.

In the installation Ja Lama singles out Sven Hedin (2021), Liu Yefu echoed the scene of Ja Lama randomly encountered the Swedish archaeologist and explorer, Sven Hedin at the beginning of the 20th century with props such as walnuts and plates. By juxtaposing the original properties and symbolic meaning of materials, Liu guides the relationship between personal value and national mission. These physical material objects that preserve ideologies not only show revolution, resistance, and struggle but also prominent the detour, compromise, and negotiation of survival that coexist with them. By blurring the boundary on the notion of region and time, it demonstrates the core values and violent essence of the emergence of a modernization process serving the rule and national development.

Liu got BA from Capital Normal University in Beijing (2009) and MFA from Maryland Institute College of Art in Baltimore (2014).

Liu got BA from Capital Normal University in Beijing (2009) and MFA from Maryland Institute College of Art in Baltimore (2014). 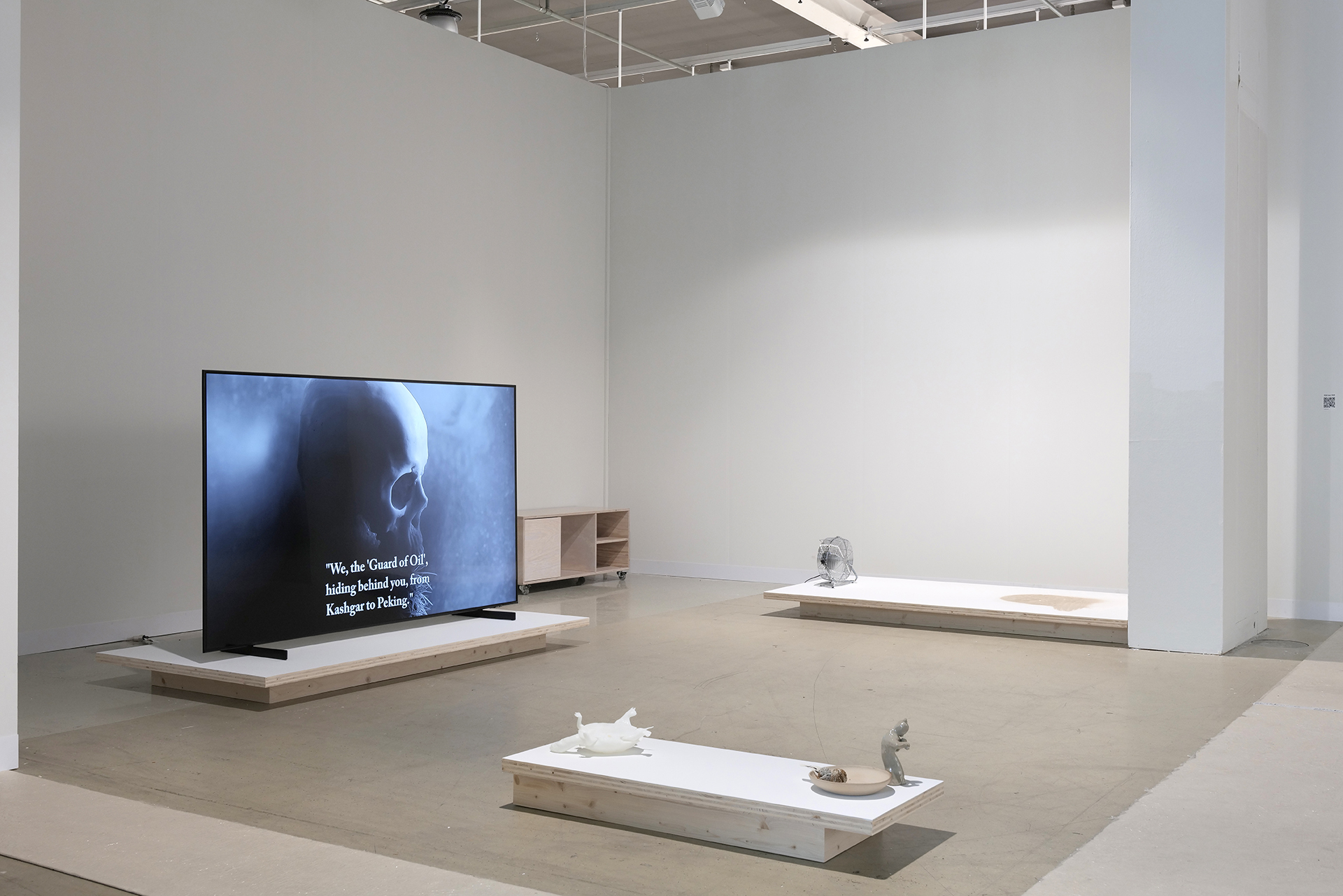