Wang Zhongjie’s first exhibition at Magician Space was “In His Own Shadow” in 2012. It was a retrospective of nearly ten years of his work from 2002 to 2012, which was complemented by Monica Dematte’s book, About Dark Clouds and Blue Sky.

Beginning in 2009, images and narratives appeared less often in Wang Zhongjie’s paintings. Over the course of two years, he gradually removed layer after layer of excess information, amidst pain and doubt, thereby making his paintings more abstract. “During that time, I was very unhappy, so I was always removing, removing, removing. I thought that this was the deepest and most important experience of my life, but what was I left with in the end? I remember leaving only a single line on the canvas, but for me, this line was still a memory of a past painting. It still had color, structure, and composition; it still once depicted a group of people in a painting, so I finally removed it. It was a difficult time for me, and a friend (Luo Yongjin) asked me, ‘Zhongjie, what were you feeling at that time?’ and I replied, ‘I don’t know…’”

“However, I know that, as you get further from something, you are also getting closer to something else. I want to see things beyond fixed objects.”

“The colors and textures are rather important for me, and I’m afraid it might be too difficult for me to explain those frames, but I like order, a new order.”

Wang Zhongjie is someone who, when he does something, he only does that one thing. In the six years since 2010, he has created ordered frames of color every day. What he frames seems to be blank space, but it is actually an infinitely layered space that emits a strange light.

He feels that something has been planted like a seed, and he hopes that it will naturally sprout and grow.

In the new paintings by Shi Hengbo shown here, we can see that the artist has used various black oil paints in sequence to cover the canvas. Even the tiny white cracks between the black paint have been filled with pencil. The black, dense surface imparts a sense of softness, a joy like reading scenic prose.

Shi Hengbo graduated in 2005 from the representational art studio in the Xi’an Academy of Fine Arts Oil Painting Department. It has been a five- to six-year journey from his early focus on public symbols and avant-garde ideas to his later daily formulations of concepts and narratives. He removed the people, then became fed up with figuration entirely. He discovered that these fabricated narratives increasingly influenced the truth of the painting, and that confronting the essence of his paintings had become burdensome. In 2013, Shi began to experiment with dissecting the innermost parts of himself. He says that he gave himself space to better know himself. He does not care about the contours of the space he creates; he cares about the presence inside the space. With Inside (2014) and Gravity Duplicate (2016), he constantly recovers the harmony in the practice of painting, which might be the medium for Shi’s conversations with himself.

Shi Hengbo’s Black Painting (2015-2016) intends to completely abandon all narrative and drama, and simply consider the relationship of the body, emotion, and experience to the canvas, color, and brushstrokes. Although ordered writing, disordered traces, and basic lines are neatly arranged, they are repeatedly covered, adjusted, and mixed with bodily effort and internal emotion. Thus, Black Painting are records of the painter, and the basis for Shi exploring the essence of painting.

Shi Hengbo’s words best describe his current state and work. He said, “Guo Xi had a theory of painting centered on ideal landscapes for walking, viewing, traveling, and living. I only care about living, a home for body and spirit; I place it within the constructions in my painting process. I finally construct my experiences on the canvas, and the viewer sees what he sees!”

Borns in Qianyag, Shaanxi in 1978. He graduated from Oil Painting Department of Xi’an Academy of Fine Arts with a BA in 2005. Currently he teaches in Baoji University of Arts and Sciences.

Borns in Qianyag, Shaanxi in 1978. He graduated from Oil Painting Department of Xi’an Academy of Fine Arts with a BA in 2005. Currently he teaches in Baoji University of Arts and Sciences. 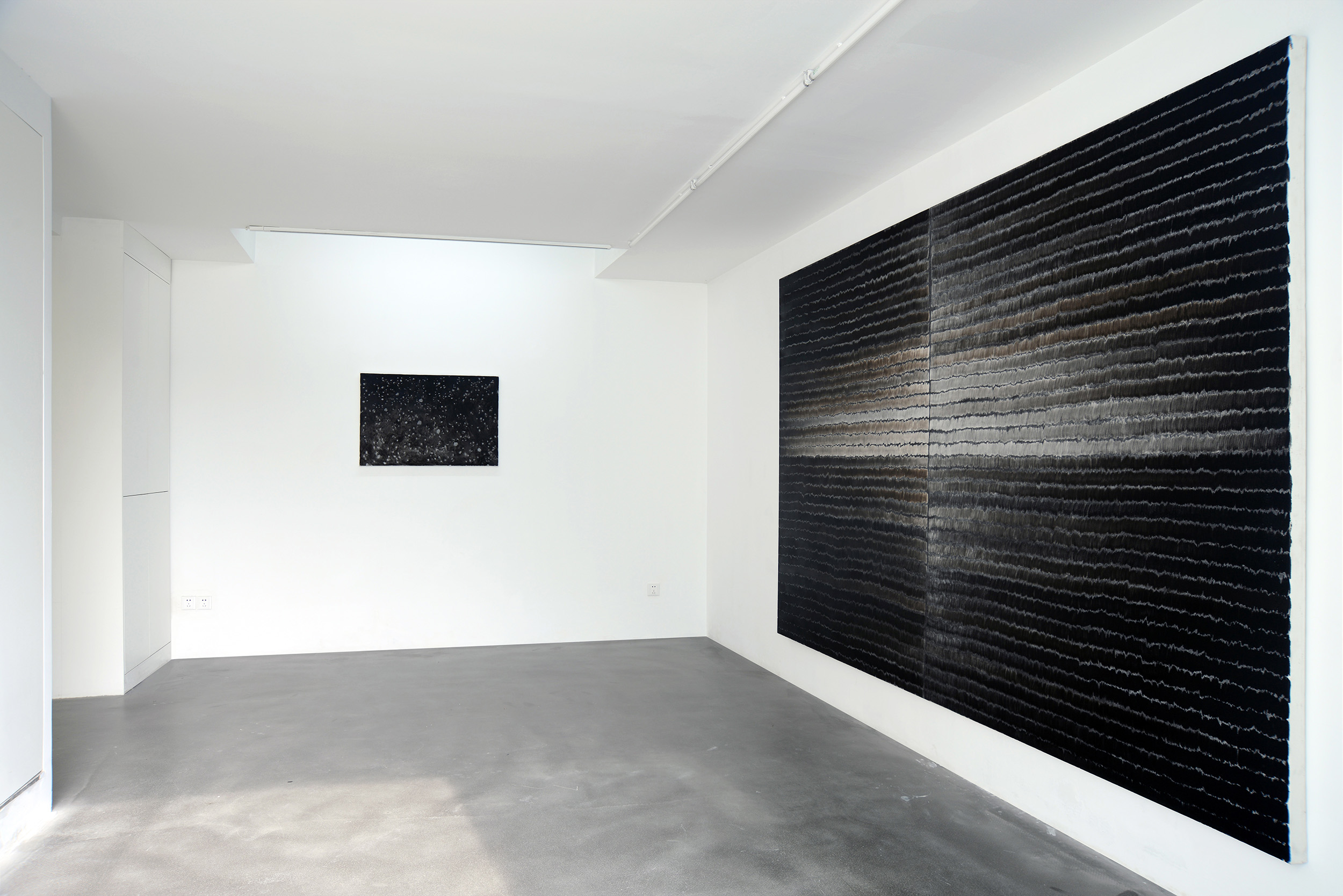 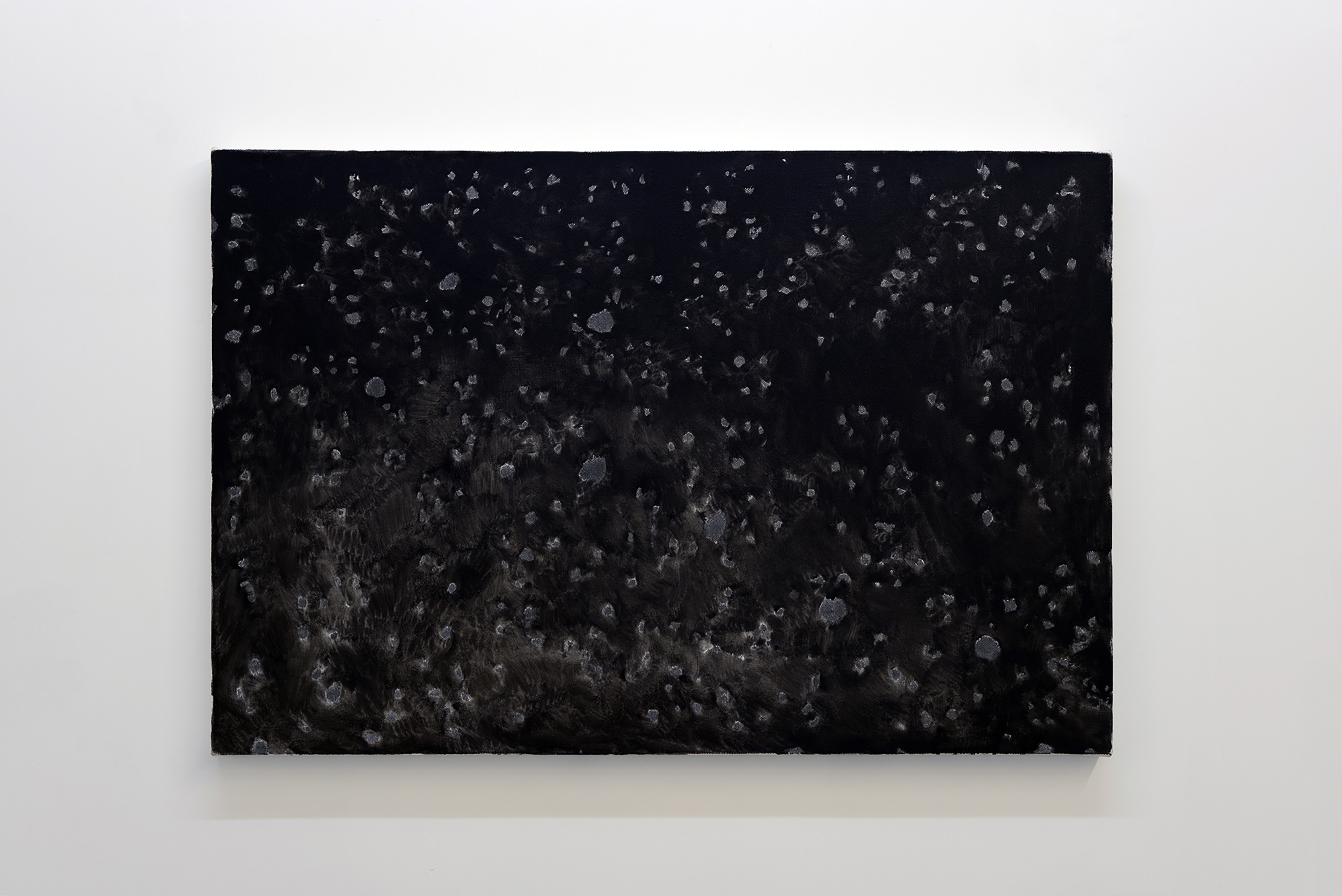 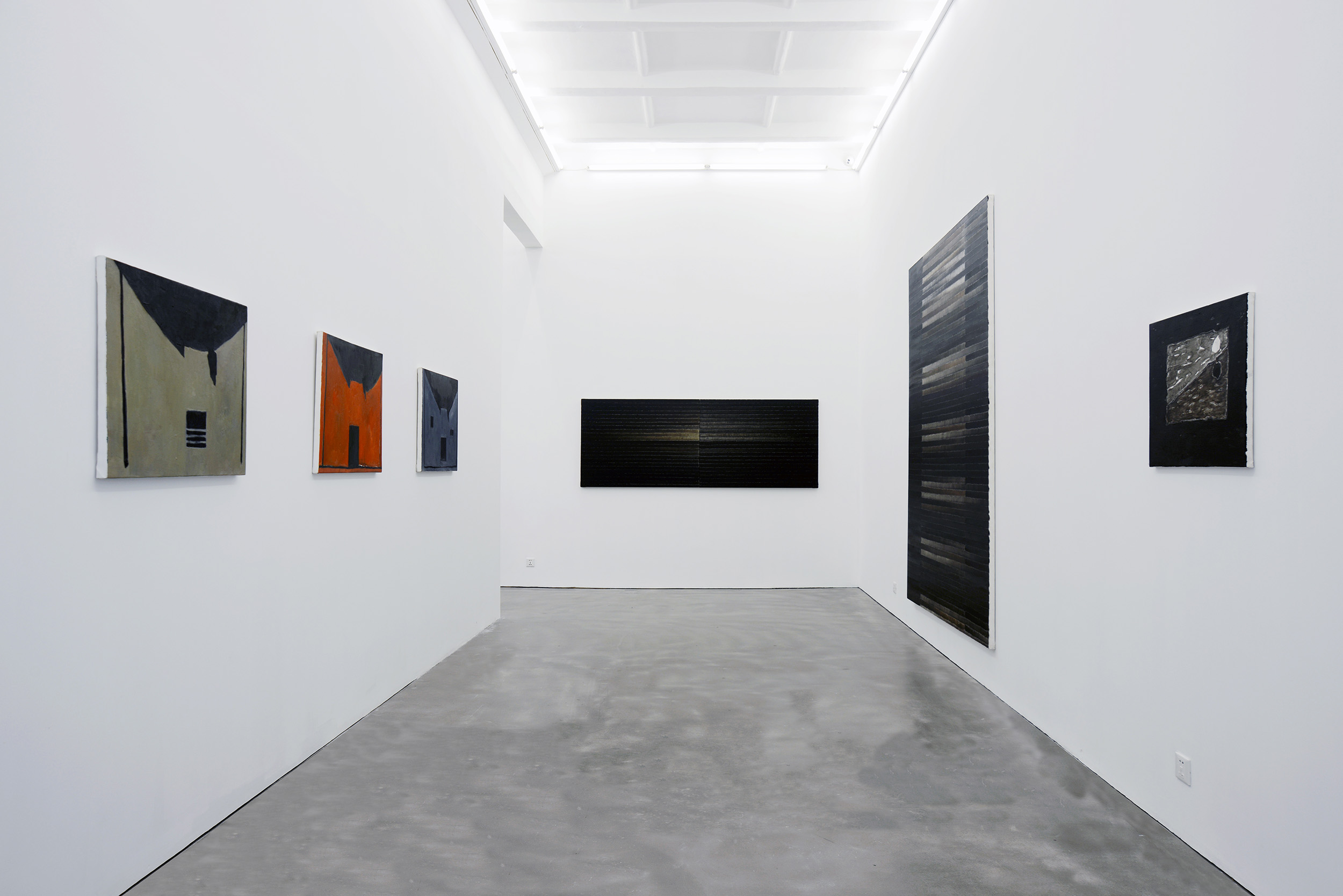 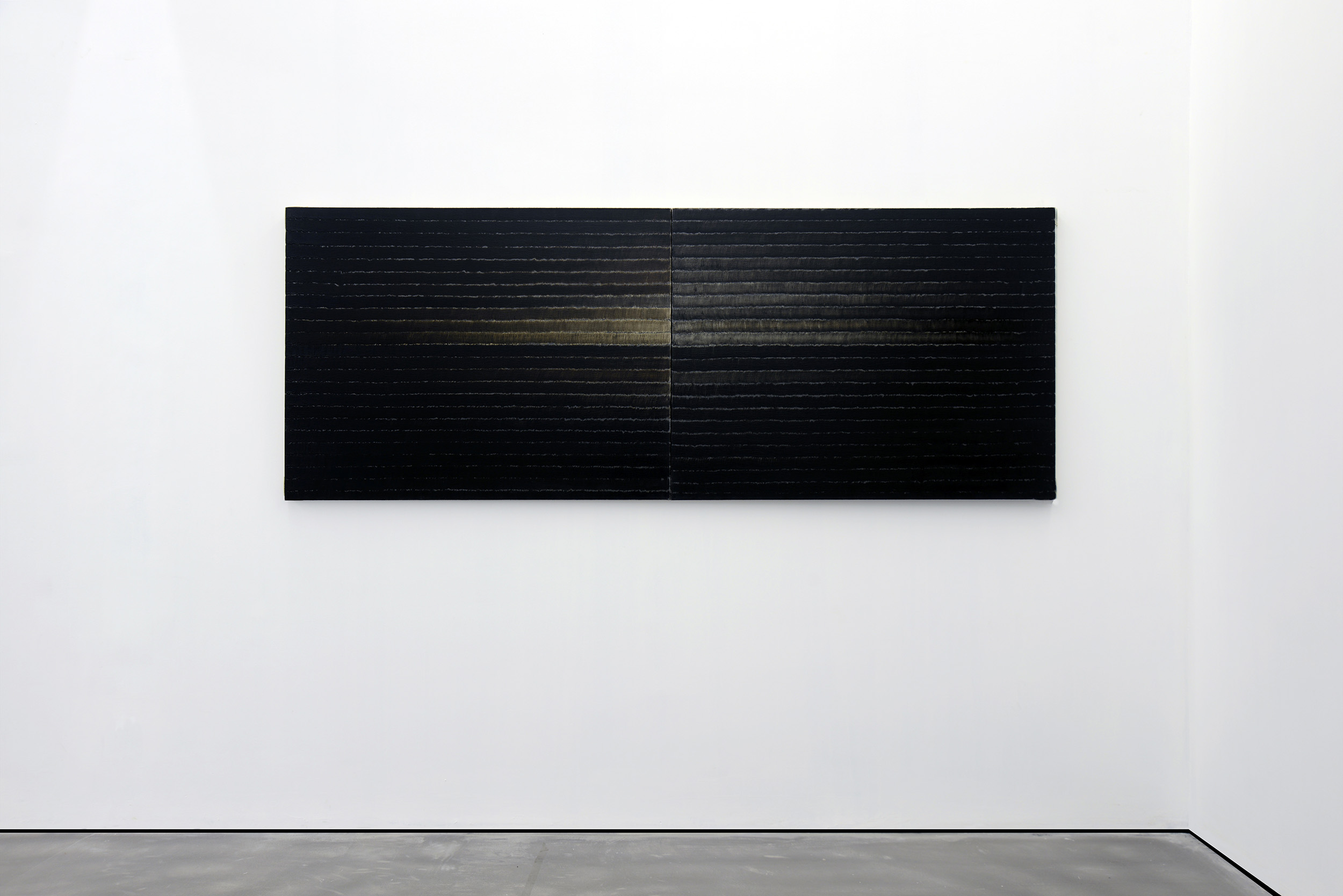 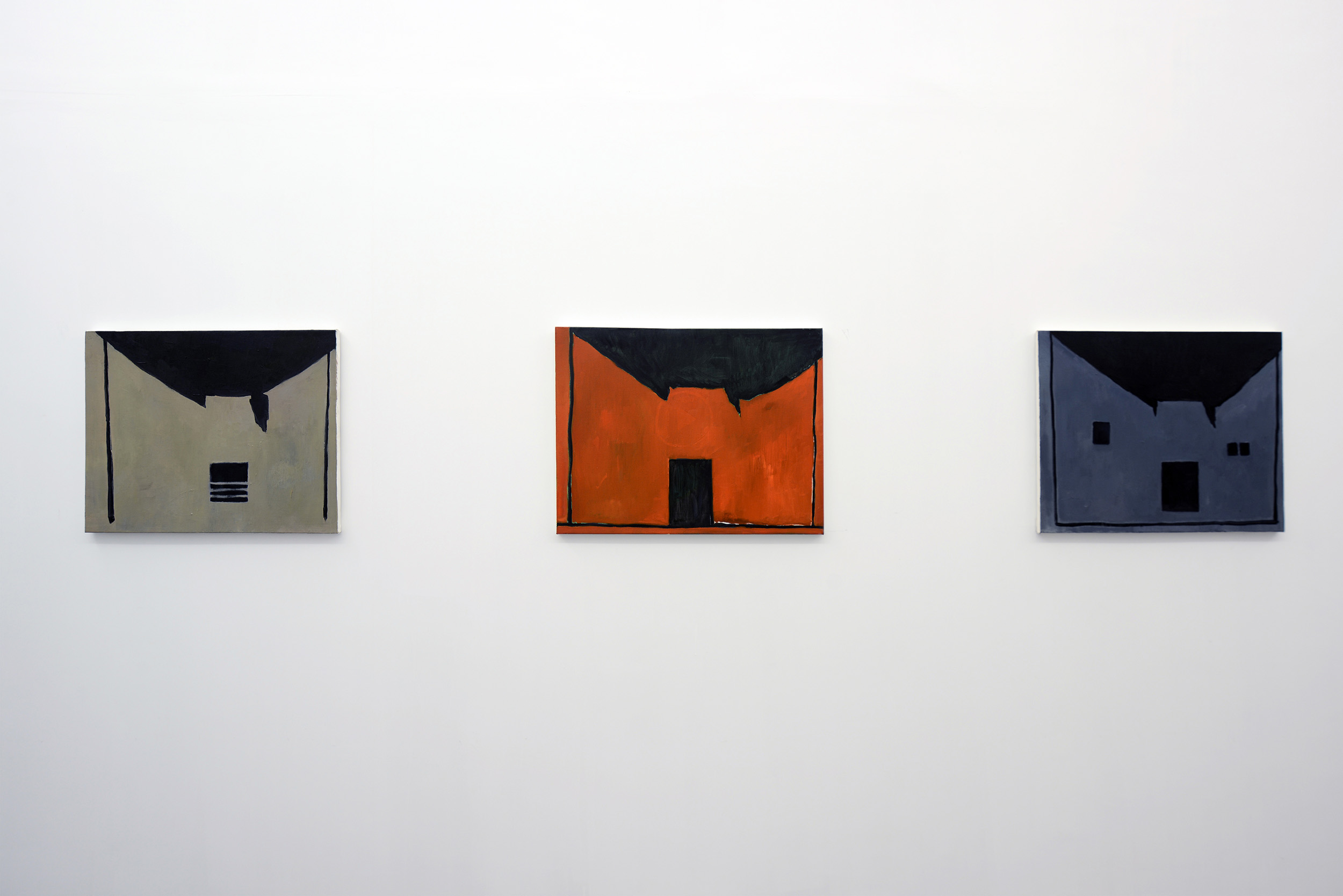 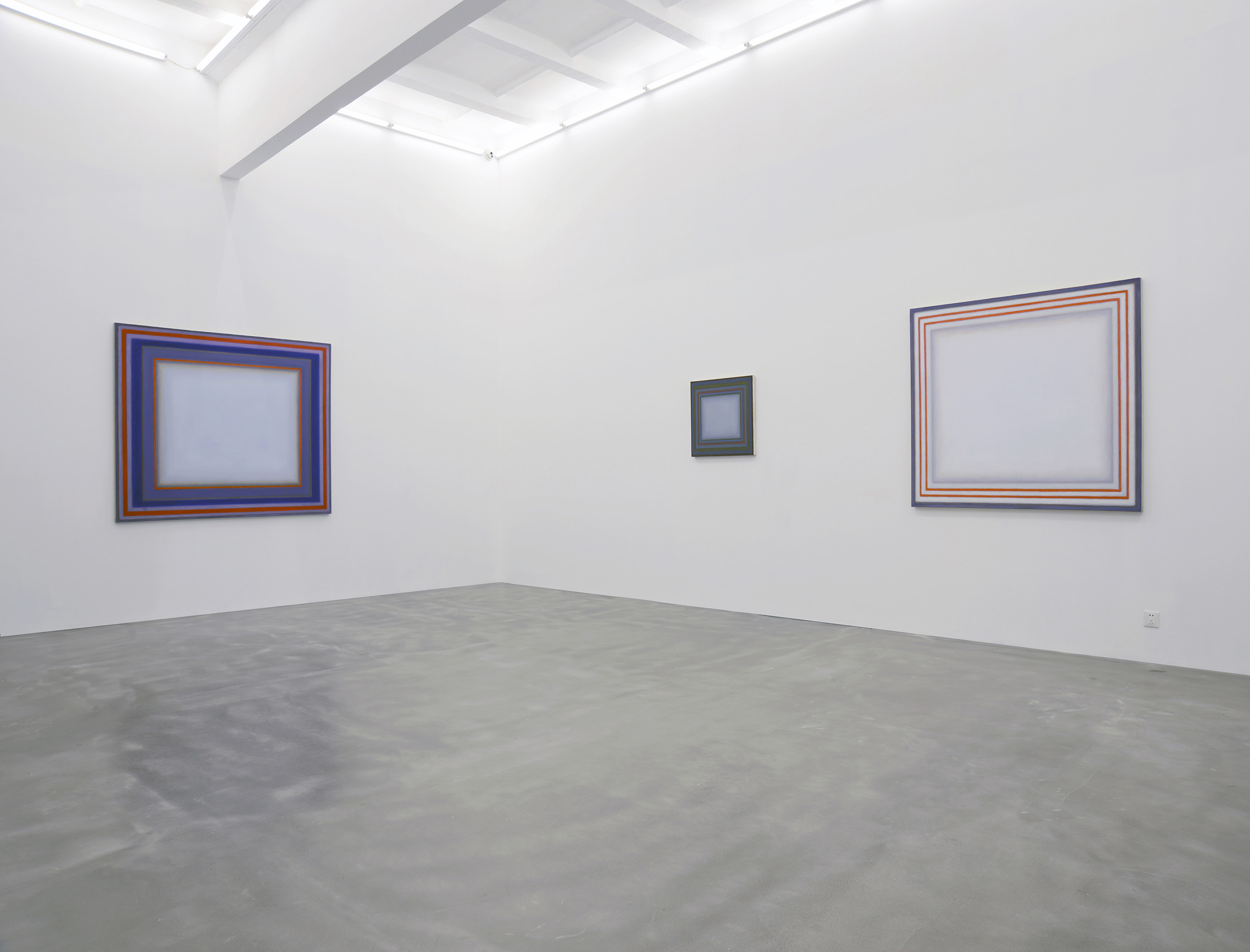 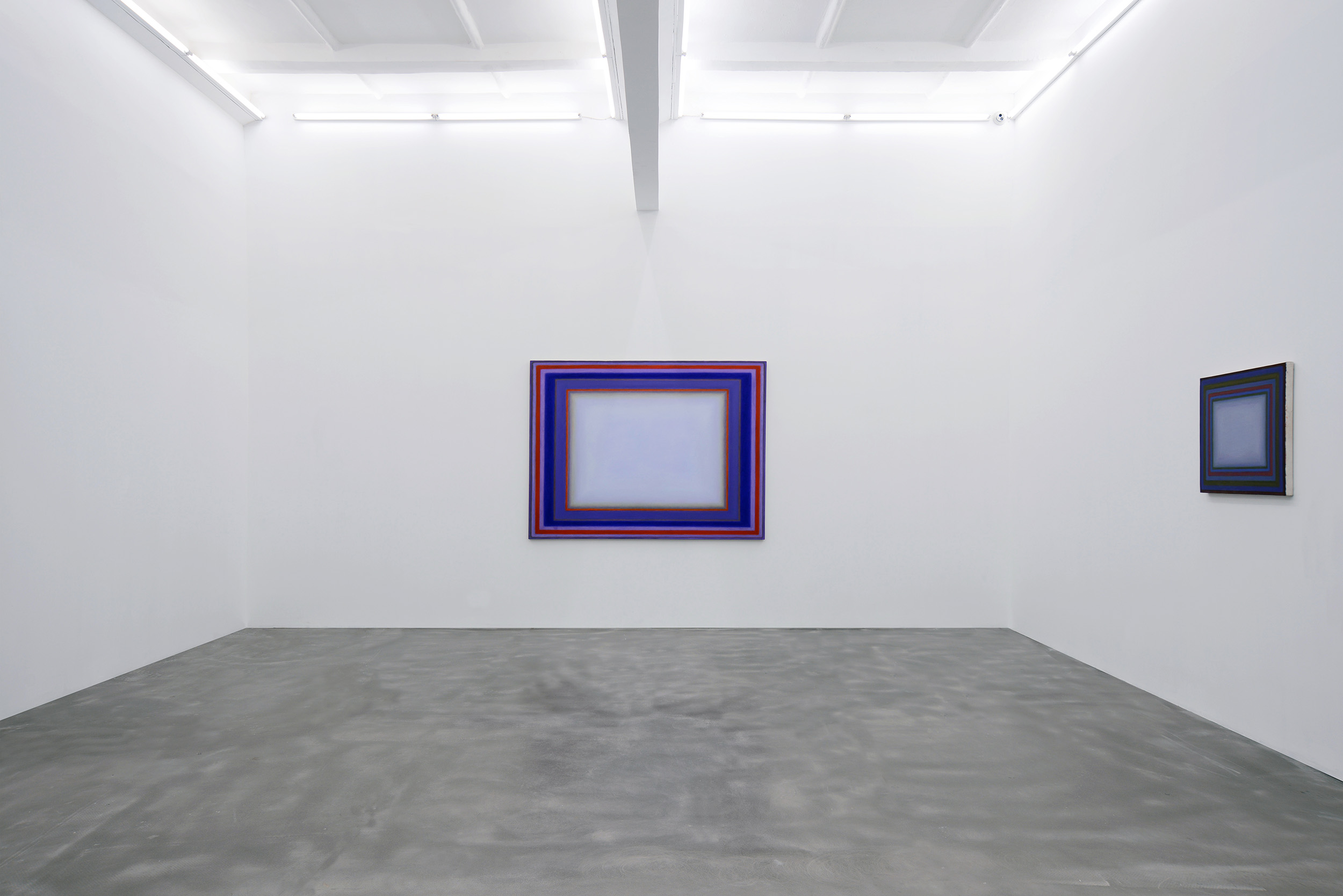 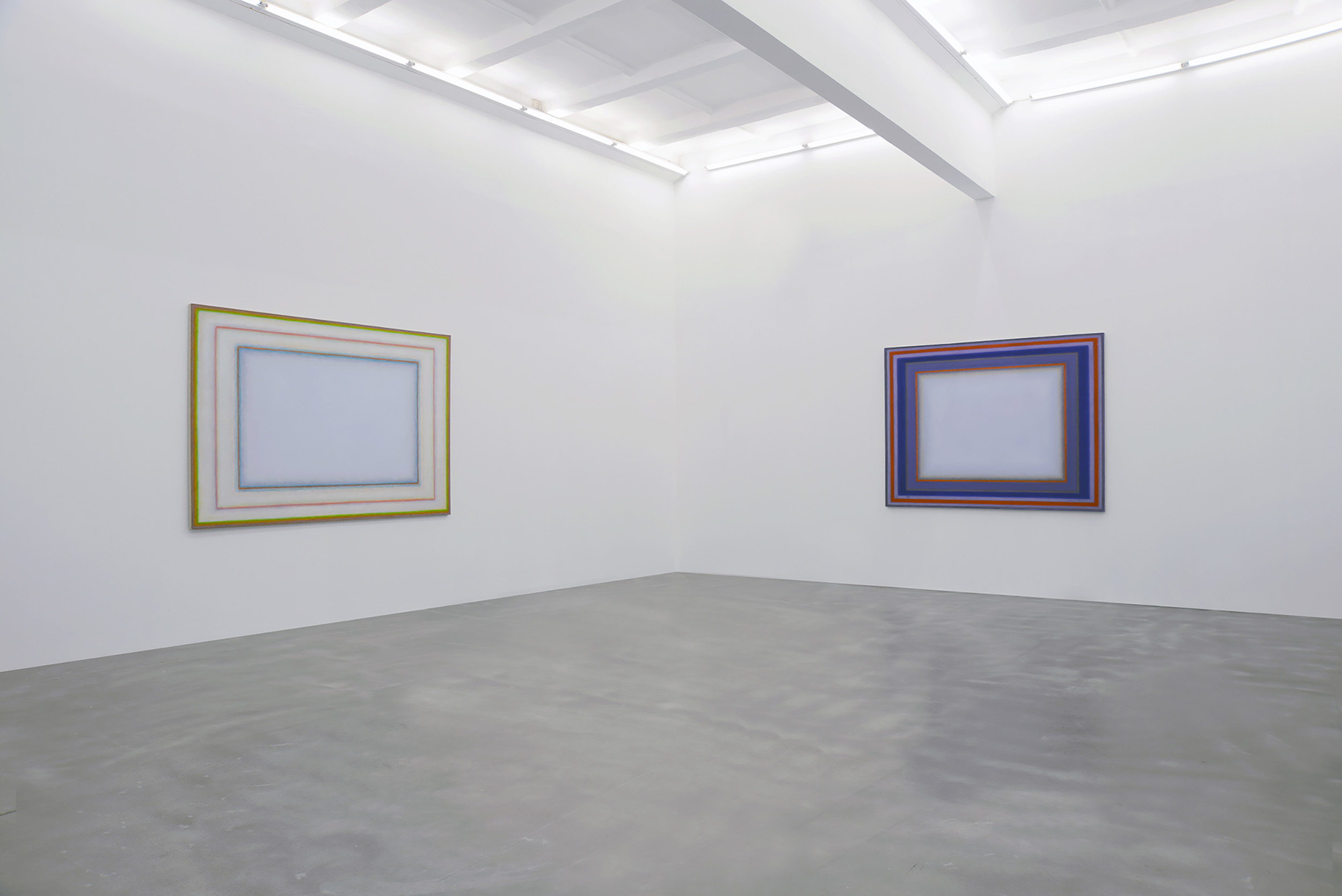 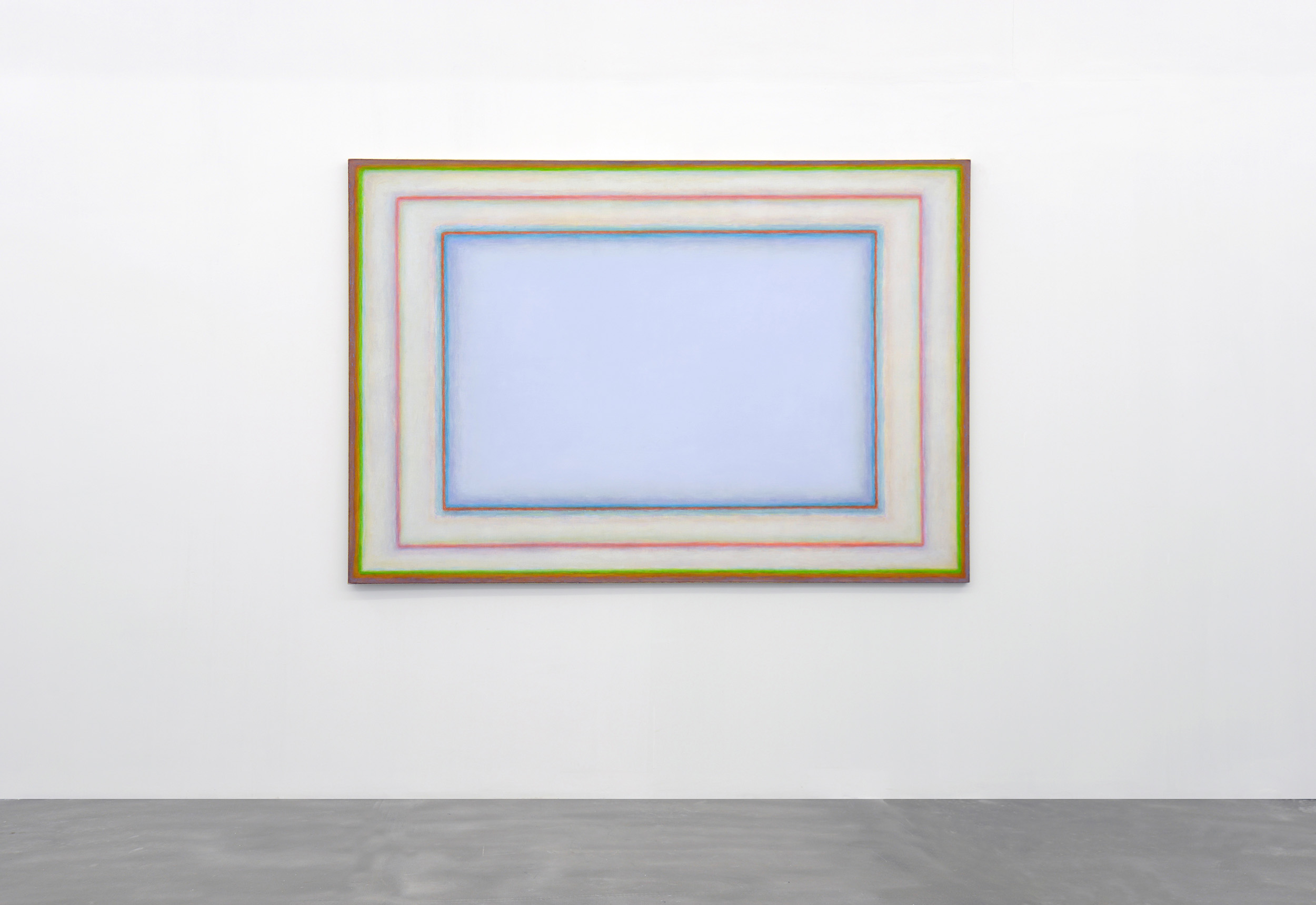 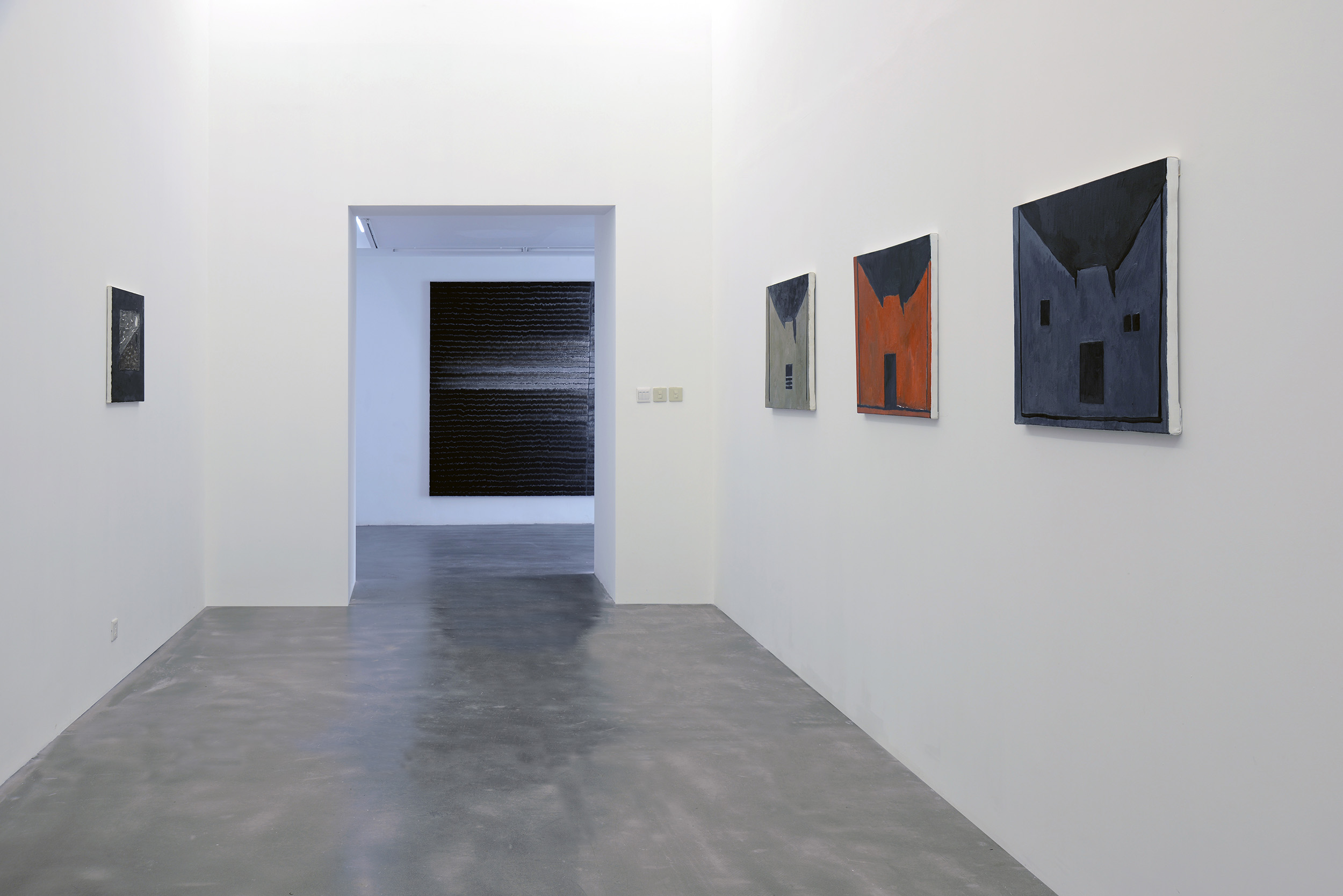 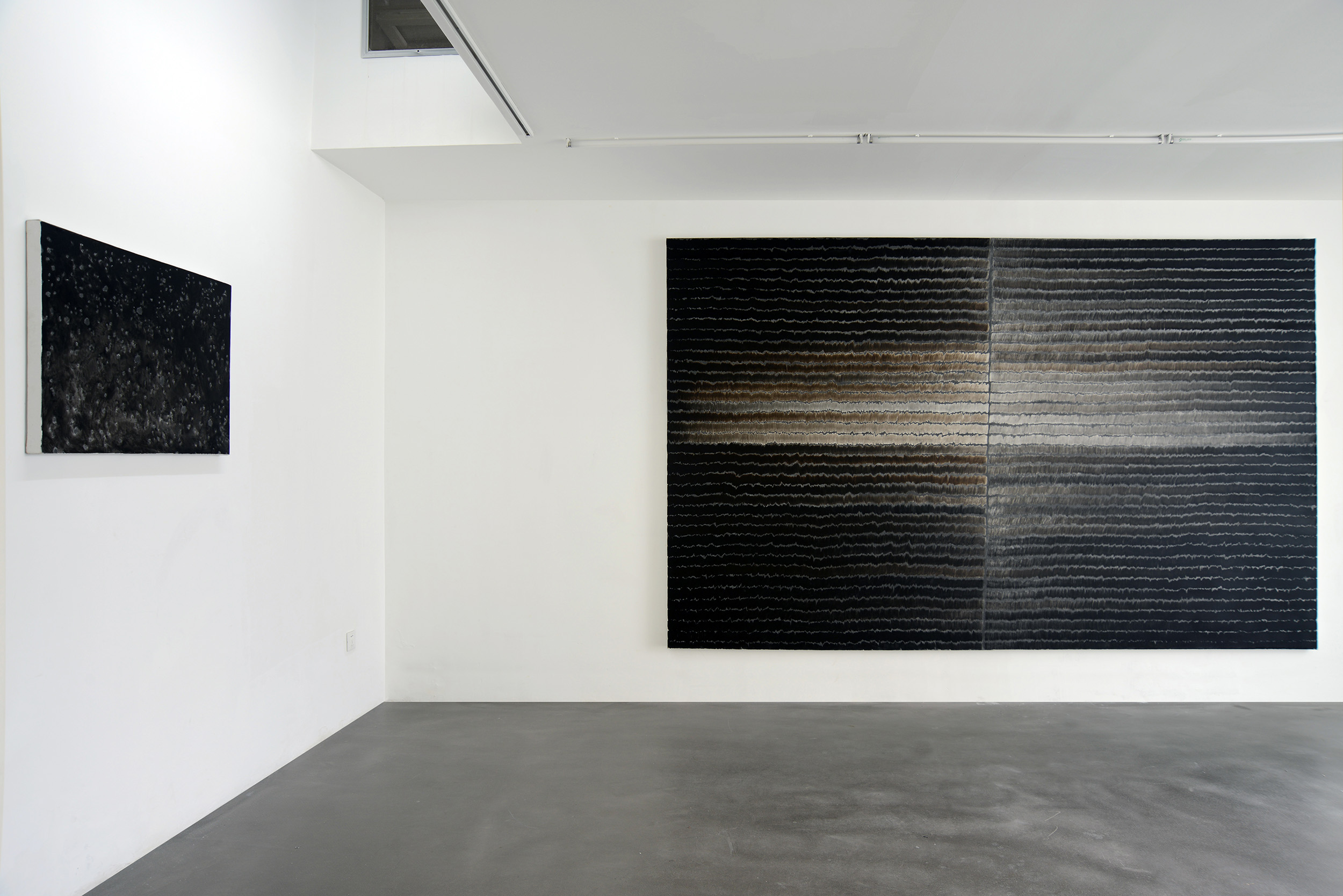