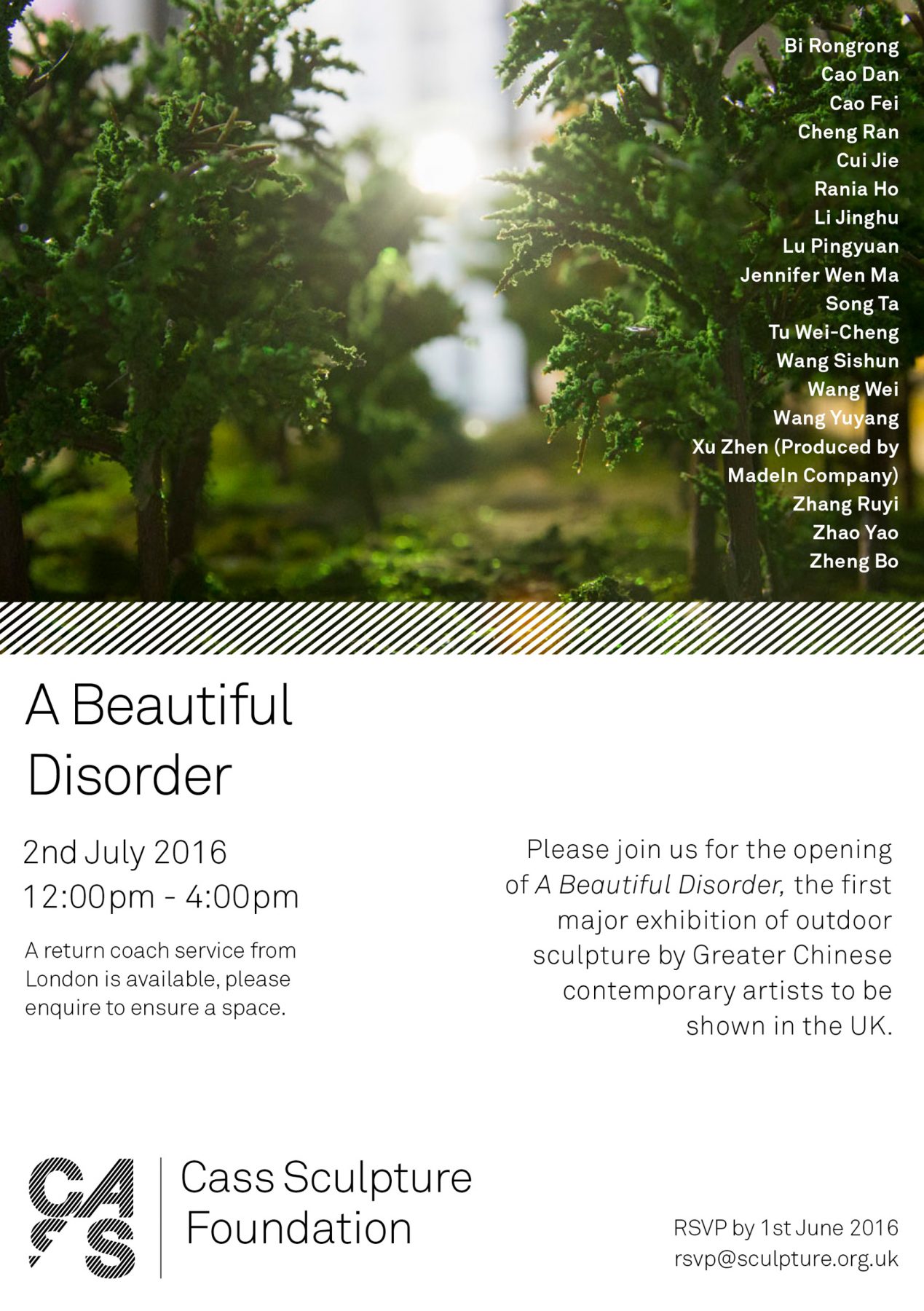 Cass Sculpture Foundation is delighted to present “A Beautiful Disorder”, the first major exhibition of newly commissioned outdoor sculpture by contemporary Chinese artists to be shown in the UK.

From July 2016, fifteen monumental outdoor sculptures will be on display throughout the grounds of CASS. These artists employ a variety of ambitious sculptural techniques across a range of materials including bronze, stone, steel and wood.

The historical relationship between English and Chinese landscape aesthetics is the starting point and inspiration for these contemporary Chinese and Greater Chinese artists. The title of the exhibition, A Beautiful Disorder, is a quote from an influential letter written by the Jesuit missionary and artist Jean-Denis Attiret in 1743 that had a tremendous effect on English garden culture. Attiret used the term to describe the ability of the Chinese garden to provoke violent and often opposing sensations in the viewer through a series of theatrical framing devices. The exhibition invites the viewer to reflect on China’s past, present and future relationship with the world at large, and provides valuable insight into the state of Chinese culture, politics and society today from the perspective of some of its most dynamic and engaging artists.

Escape (My Family History) is a socially-engaged work made from quotidian materials, inspired by the artist’s personal experience of growing up in the city of Dongguan, on the border between Mainland China and Hong Kong. The work consists of two chain-link fences – universal symbols of restraint and division –standing opposite one another on a level plain of grass. Each fence is affixed with a roving searchlight whose illuminated trajectories occasionally intersect to form a cross on the ground between them. Over the duration of the exhibition, the grass that has been continually exposed to both searchlights will grow taller and more vibrant than the surrounding vegetation, thus creating an abstract, organic sign. Li’s powerful yet understated work thus evokes the geopolitical anxiety of border controls and illegal immigration. The title alludes to the human desire to seek out a better life beyond national borders; one shared by many of Li’s family members as well as countless people all over the world.