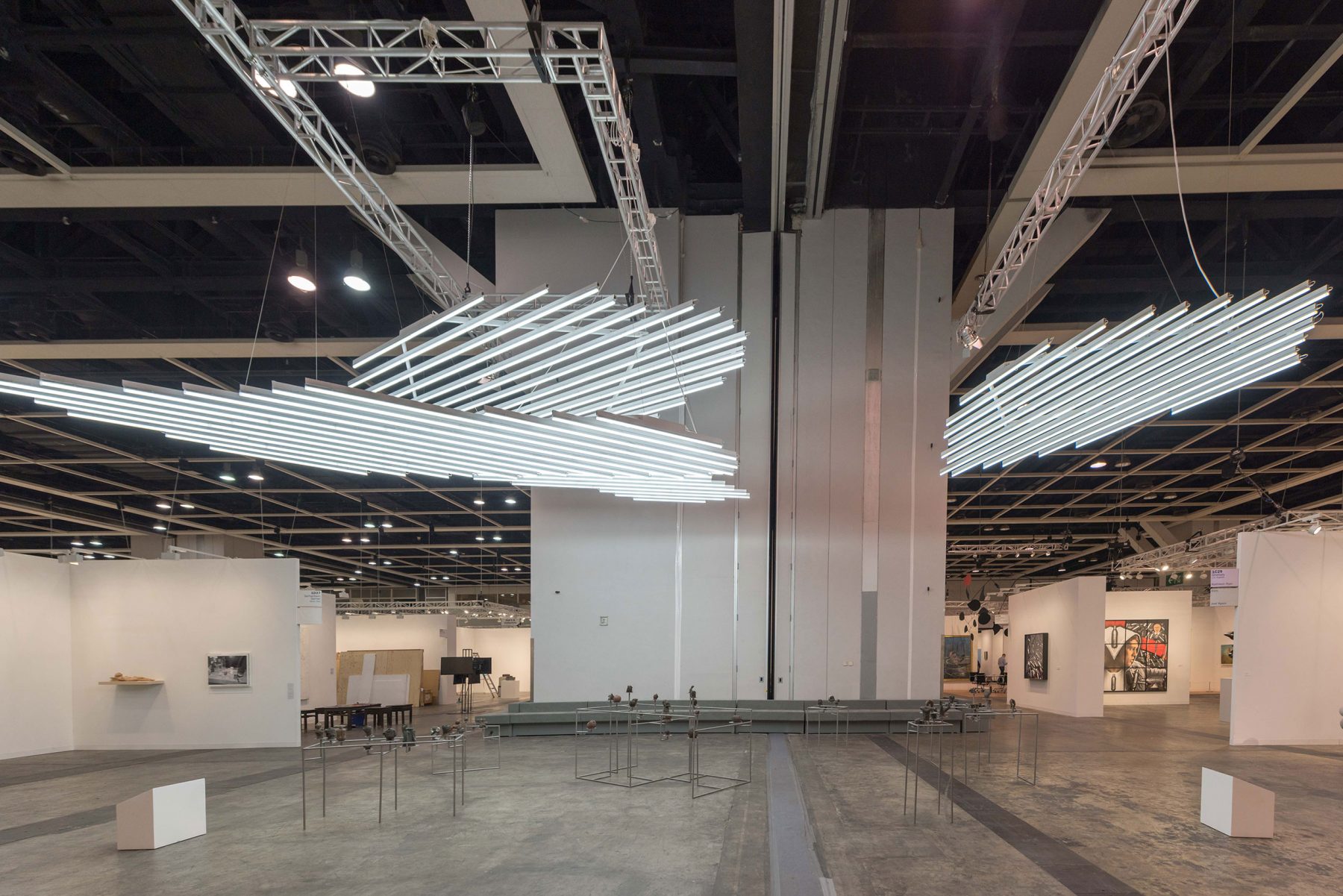 Magician Space is delighted to present a large-scale installation by artist Li Jinghu – Archaeology of the Present (Dongguan), which will debut for the first time in Art Basel Hong Kong at the Encounters Section.

This ambitious installation is an abstraction of the artist’s home city, Dongguan, which the artist imagines as a living archaeological landscape. As a boomtown that developed rapidly as China entered a period of economic reform in the 1980s, Dongguan has since undergone a period of intense industrialization. Representing two contrasting sides to China’s drive towards modernization, the artist evokes the flux of materials transforming the region, with immense volumes of commodities manufactured at speed for global distribution, but also reflecting the transient status of these material objects as they fall just as quickly back into obsolescence. Viewed from another angle, Li Jinghu also explores Dongguan’s fluctuating position within the Urban/Rural divide: of the transition from rural farmland into an industrial region – where a relationship with nature has become irrevocably tainted.

Suspended above, Jinghu has re-assembled lighting from factories and transformed them into clouds. This gesture takes inspiration from the countless rows of lighting the artist would observe while passing by factory buildings. Once used to illuminate the production work floors and offices, the artist creates an image that seeks to instead draw focus towards the migrant workers who constitute the bulk of the workforce. Arriving into Dongguan from predominately rural areas in China, the clouds symbolize a time when they could look up at open skies instead of endless strip lights used in their present environment.

Below, Jinghu has arranged an assembly of artifacts into an abstract museological display. Acquiring an orange and turquoise patina through time, these objects were once the industrial molds used for the mass-production of toys. Cast against the white light, the display has been designed to heighten their perception as historical relics from an ancient age – but upon closer inspection, details of popular cartoons ranging from Homer Simpson to Dragon Ball Z begin to emerge. Accumulating en-masse from scrap stations as an on-going archive – they reveal Dongguan’s short-lived status as leader of the world’s global output of toy production. Beginning in Dongguan and then shipped around the world, the peak of this period of intense production has already begun to already falter into decline.