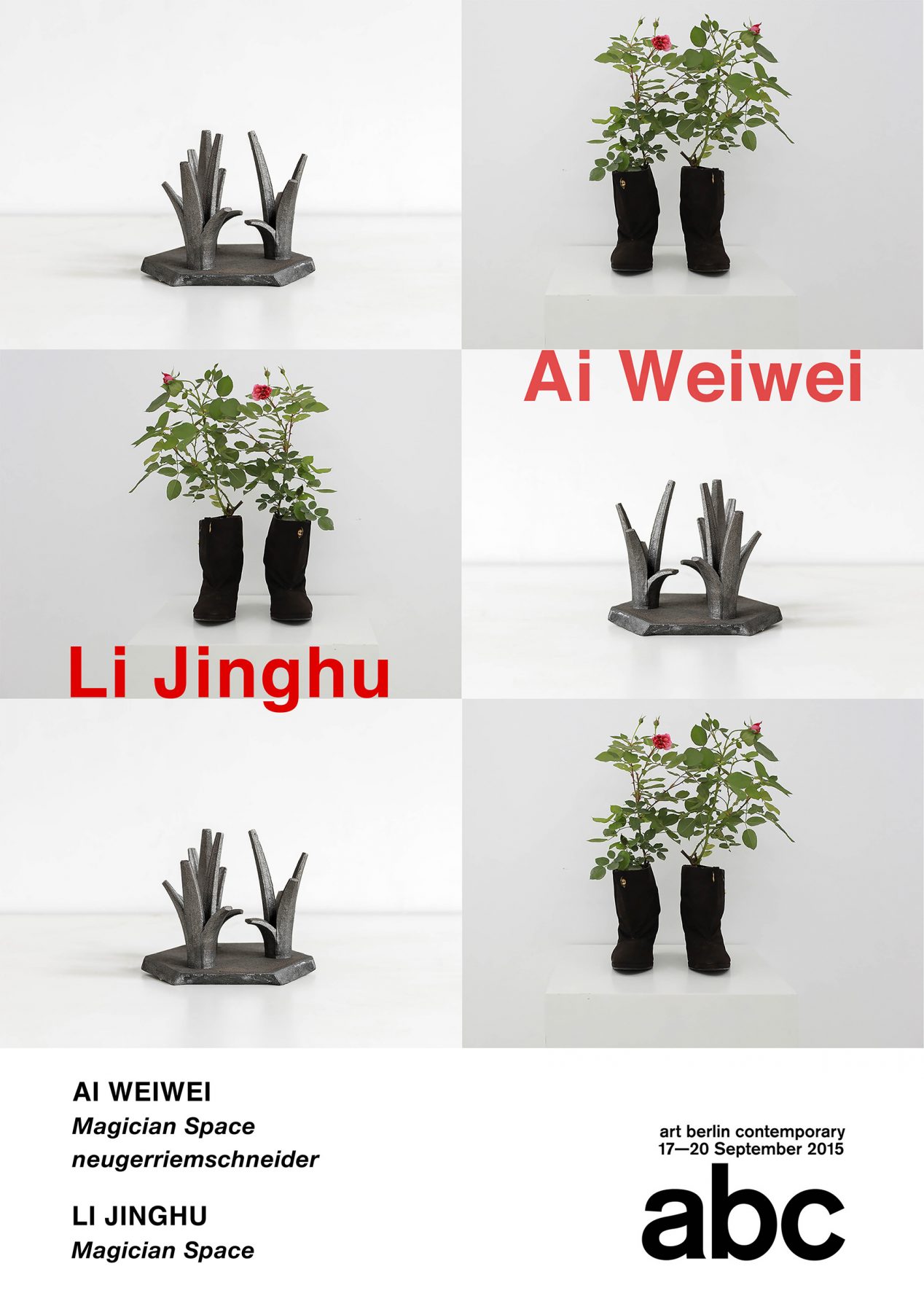 Marking our first participation at this year’s ABC Berlin Contemporary, we are very pleased to present the work of Li Jinghu. Based in the southern city of Dongguan, Li works primarily with sculpture and installation, altering and reworking existing objects and materials accrued in a region renowned as the ‘factory of the world’ in the Pearl River Delta.

The presentation brings together survey of selected works from his practice, offering a poetic rumination on society, industry, and capitalism – and of the erected boundaries separating humanity from nature. Li’s persistent pursuit of capturing a collective depiction of reality in Dongguan finds itself also in the work Waterfall, comprising a collection of found and used Android mobile phones. Each phone has been hacked and altered to loop video footage filmed by the artist of water running from a faucet – an image repeated differently on each phone. At a distance they together suggest the kind of stock photography proliferating on digital screens worldwide as desktop wallpapers, whilst re-presenting and highlighting again the tainted methods of this age in attempting to recreate the splendor of nature.

Powder is a work that reduces a bowl of rice, a beer bottle, a ceiling tile, a goldfish bowl and a fluorescent tube into piles of finely grounded powder. Evoking a mechanical production process in its most basic minimal form, these objects are pulverized in efforts to disrupt the flow of objects relentlessly reproduced in the world. Li Jinghu reverses this process by breaking down their materiality in order to realize a value of equivalence, allowing us to consider once again the physical properties that outline our everyday experiences. Firmly situated in the city of Dongguan, Li’s position is a rather obdurate practice that seeks to unravel and expose the complex layers of reality unfolding at the front lines of China’s drives towards modernization: with each work he explores the affective potential of materials, working in counterpoint to the rhythm of working life there. To quote art critic Bao Dong, “With the course of modernization as its backdrop, Li’s lyricism cannot help but exhibit some nostalgia, but this nostalgia is not aloof or exalted. In Li’s world, nostalgia does not come from past tradition or an idealized future. Rather, it is a present reality.”

At this year’s ABC Berlin Contemporary we are also very pleased to present Ai Weiwei’s installation Iron Grass (2014), which appears as a field of cast-iron individual pieces of grass spanning the floor’s surface. Forming one modular unit of a vast installation, three blades of grass protrude from a hexagonal base – this singular unit is replicated exponentially in a tessellated formation to fill the space. Although simple in form and individually minuscule, the durability of grass lies in its persistent ability to accrue en-masse even in barren swathes of land. Alluding to the humble, non-descript features of everyday life, the often-overlooked fragile blades of this small, innocuous plant are galvanised by virtuous displays of technical craftsmanship. This artistic gesture is undertaken with an irreverent approach, underscored by a profound joy in double-entendres and puns that extend across a variety of formal languages.