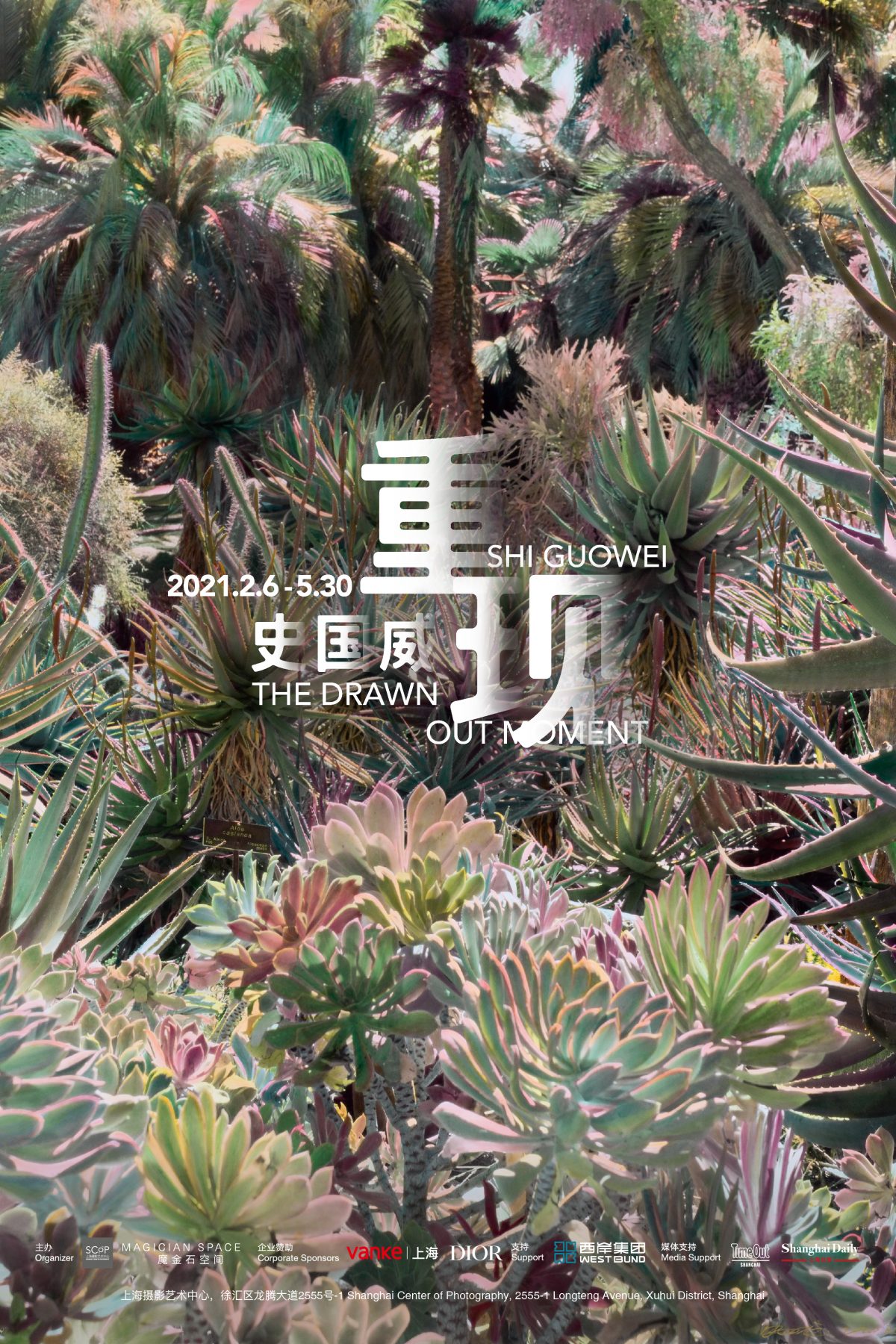 “The Drawn Out Moment” brings together 21 works by the artist, created between 2006 and today, for what will be Shi Guowei’s first major retrospective and the largest showing of his work in China to date.

Shi Guowei describes his artworks as “photo-paintings”. He wanders in the interspace between photography and painting, keeping a delicate balance between them. He first makes a black-and-white photograph using a large format camera. Once the photograph has been printed to his satisfaction, he begins the second act of creation, the work of painting on the photograph to transform the black-and-white base into a richly colored new photograph. The process can take several months and requires the artist’s steadfast coordination of eye and hand. Through the lightest touch of the brush, one delicate layer after another with great concentration, there is no means of altering mistakes, no room for correction for Shi Guowei’s work.

While applying color to photographs, Shi Guowei relies on his intuition and imagination. He is not trying to depict reality, rather to undermine or at least question the perceived reality a photograph represents. The tones of color are applied intuitively from memory, as Shi Guowei recreates the moment that the shutter clicked in his own color. Shi Guowei says, “Each person has their own understanding of the same color, which is the reason I believe emotional color to be the most real. I chose tones I think are suitable to make the work lively and accurate, but subjectively highlight the original colors in ways that are more stimulating to my mood. Such tones can only be obtained through human intervention, so the effect is not entirely unrealistic, nor entirely fantasy. It is somewhere in the middle.”

Looking through Shi Guowei’s creation in recent years, from the early figurative works, such as Wind 2008 and Pierrot 2009, over time he has moved away from specific themes. Since 2015, nature has become a dominant subject of his works. Within the cultural context of China, landscape owns a distinctive metaphoric resonance. Similar to the ink painting tradition, Shi Guowei’s work is not purely descriptive or documentary. He uses photograph as a medium to transfer viewers to his own painting world. His recent works, such as Flowing Red and Early Spring Polar Tree, both 2020, extend an invitation to meander through the pictorial space, roaming in grass and algae, stones and rocks, mosses and lichens. The scenes not meant to be read simply as “landscape” etc., but as musings on mood and psychological states. Shi Guowei’s work contains a variety of unpredictable emotions, which change with the viewers’ mood and bring the viewers into their personal life experience.