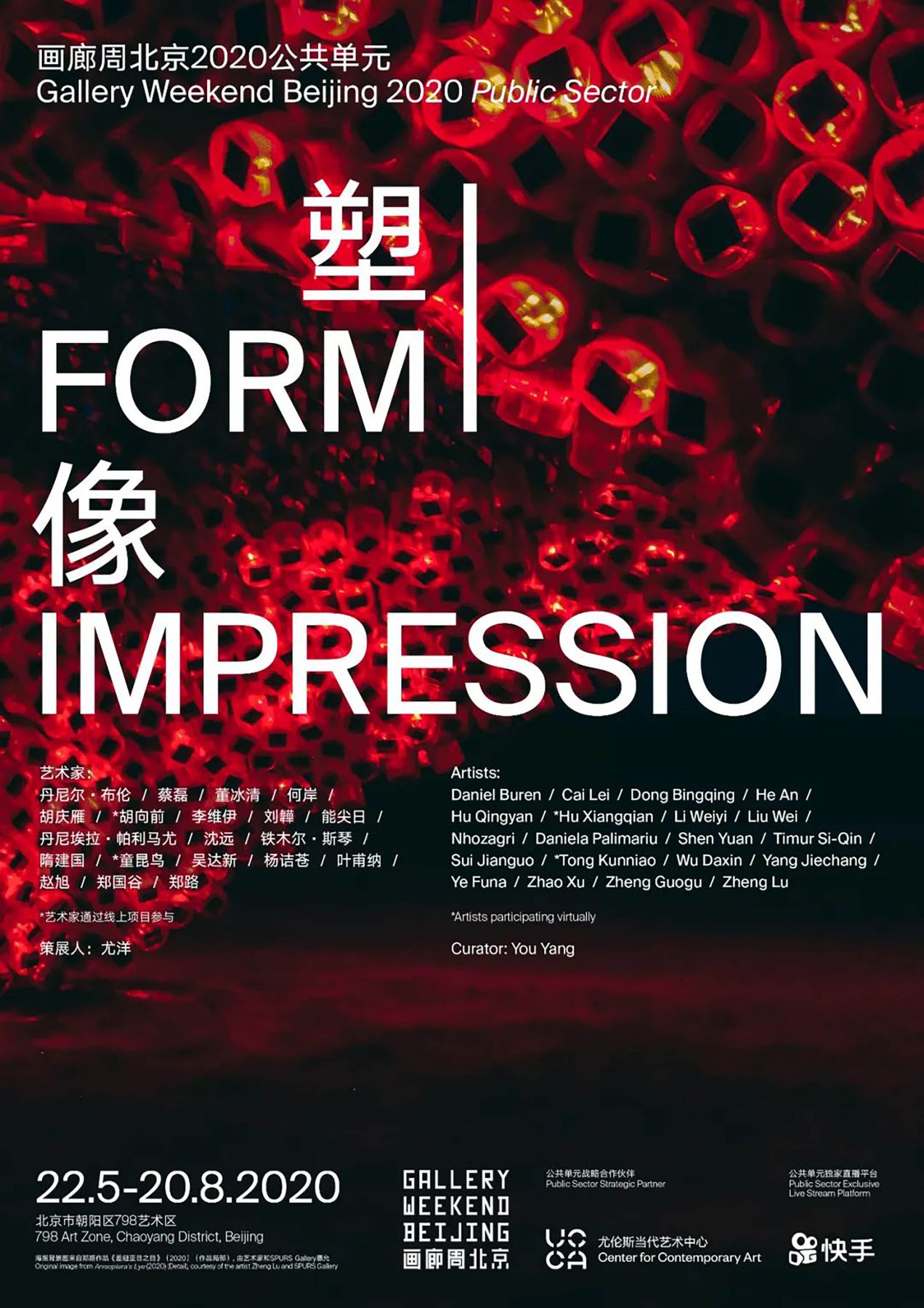 The Public Sector will showcase outdoor projects, such as larger scale sculptures and installations and introduce the public to the notion of public art. With art being increasingly connected to market value and collectors’ worth, the meaning of art for the public to see and appreciate will be newly negotiated by selecting art works that establish a dialog with their immediate surrounding.

The Public Sector 2020 will continue to draw attention to bigger artworks and installations set against unexpected open air backdrops across 798 Art Zone.

Su (sculpt, shape) nods to the way that the machinations of the professional art world dictate and shape art making itself. It’s a process: a concept is formed in the artist’s mind, materialized at the artist’s studio, and fleshed out and examined in the field of art criticism. Xiang (form, image) refers to art as it’s presented in front of the viewers. The mission of the Public Sector is to elicit thinking about the presentation and interpretation of the art along these lines. We aspire to create a bridge between art and the public, to engage the public in organic ways, and to enrich the artwork’s cultural contribution and relevance to daily life.

Public art should not simply mean independent, isolated fixtures planted in public spaces. It should epito- mize the public’s cultural life. The significance of public art lies beyond people’s daily interaction with it. Rather, the public’s thinking, imagination and creativity inspired by the public art piece should come togeth- er and transform the personality of a specific public space.

Compared to a decade ago, people are not as intimidated by contemporary art exhibitions or spaces. As the public’s awareness of civil rights develops, people also increasingly hope to participate in the discourse of art as either creators or critics. We believe that the public’s active participation in art is conducive to the formation of public subjectivity and narrative in a modern society.

The Public Sector of Gallery Weekend Beijing 2020 presents public art projects that pertain to and com- municate with the public’s cultural identity and lifestyle, and have certain interactive aspects that enable visitors to engage the pieces. While respecting artists’ intentions and curators’ theses, we may also incor- porate the public’s readings of and reactions to the art pieces into the art’s meaning. The art world can find potential in the public’s shared cultural knowledge, which will provide a value system that creates new momentum in the art. 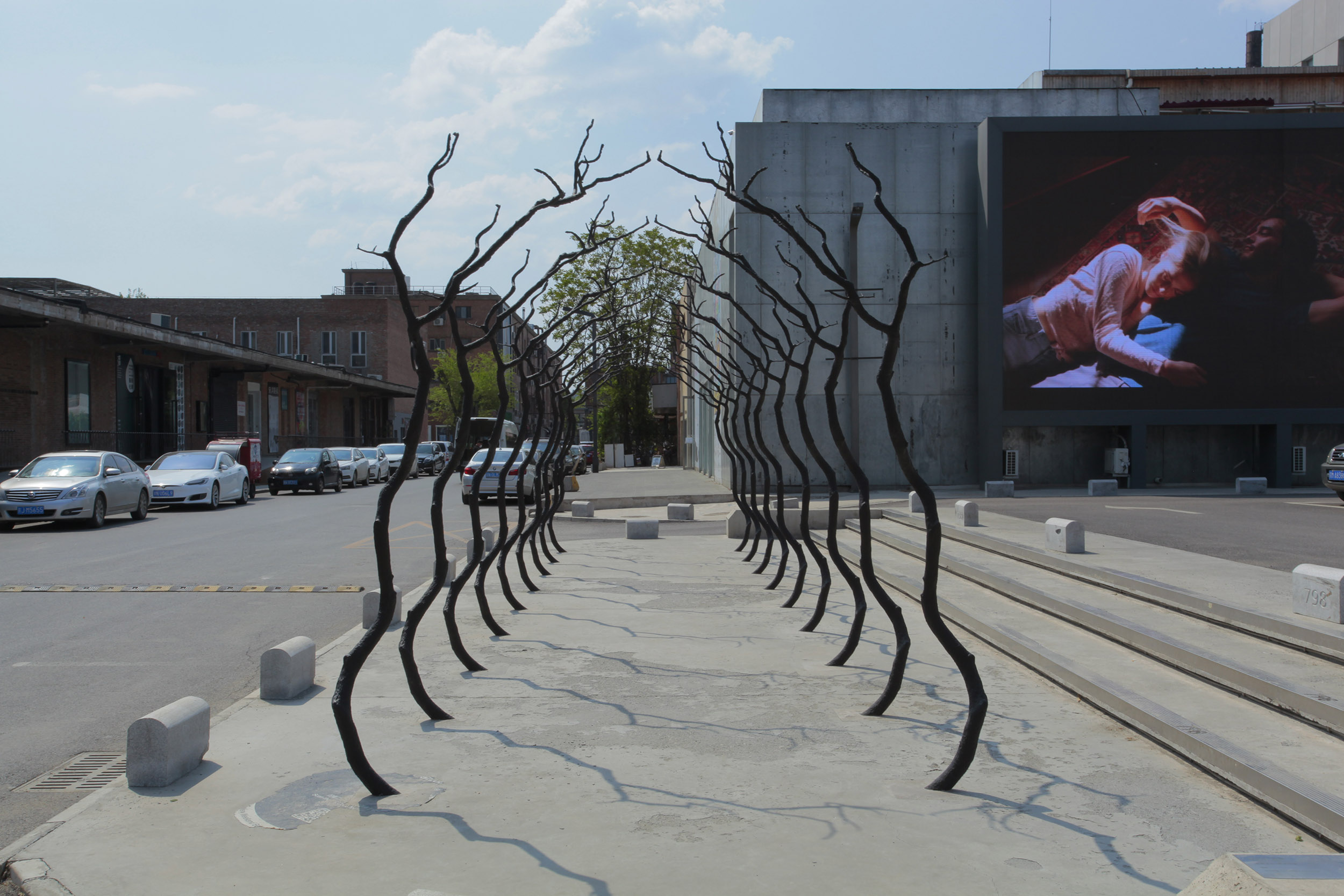 Since the early 1980s forest fires have increased by 600-800% in size, frequency, and duration. Scientists say fires of the future will be unrecognizably larger still. Some predict forest fires will increase until sometime around the 2050s when there won’t be enough trees left to sustain large fires anymore. Ancient ecosystems will and are changing forever.
Being alive in 2019 is a unique experience, to say the least. Witnessing the 6th major extinction happening just slowly enough for it to almost be unnoticeable to human scale experience and yet being 10-100 times more deadly than any of the previous five extinctions in earth history. Needless to say, the planet is changing and change is the truth.
This sculpture’s scan was captured in the aftermath of the 2017 Tubbs fire near Santa Rosa, California.