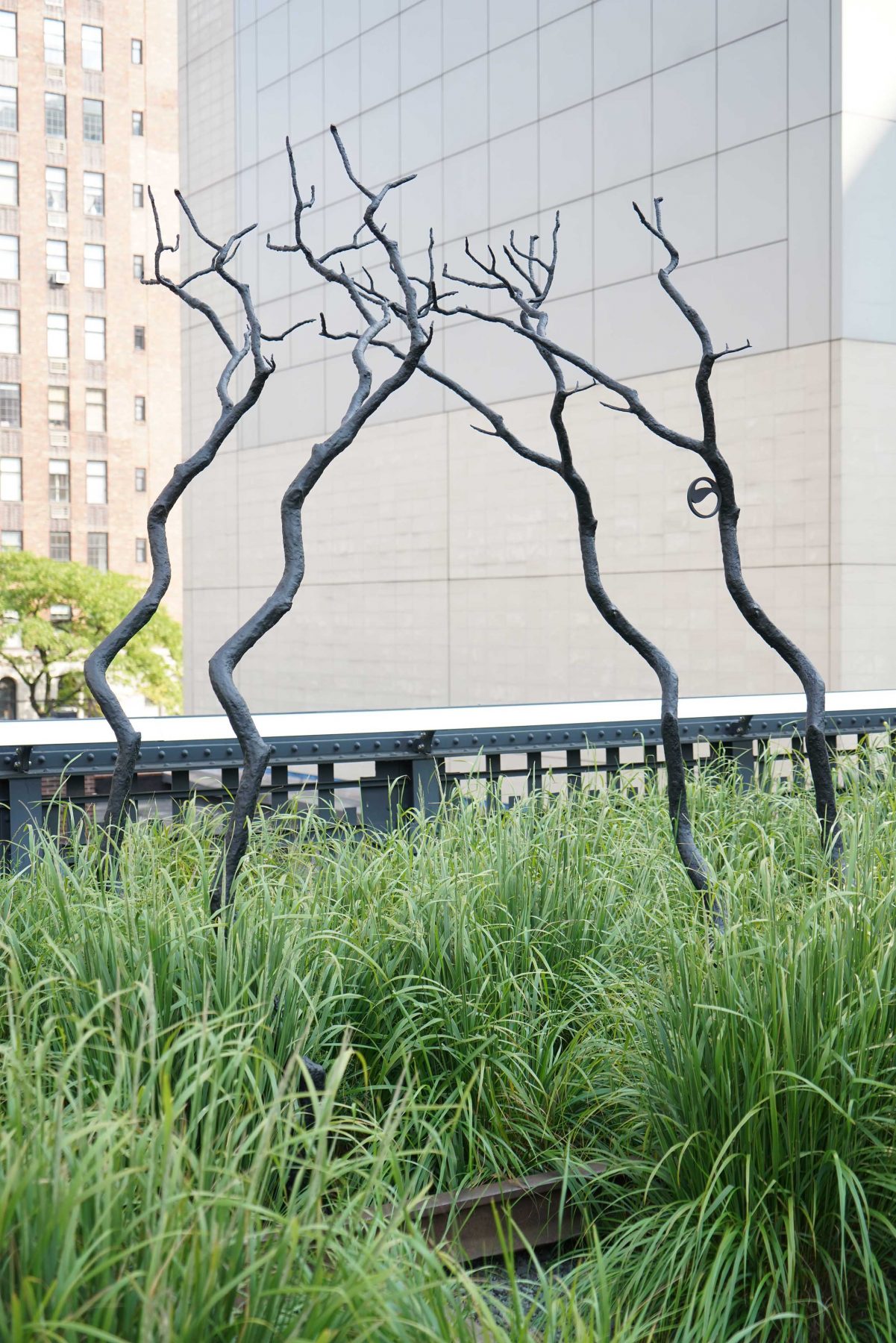 Timur Si-Qin participates in Agora, a group exhibition that looks at the role of art in defining, creating, and using public space, taking place at various locations along the High Line. The exhibition takes its name from the ancient Greek word referring to the square, that public gathering area that was, in old city-states like Athens, the core for commercial, artistic, political, and spiritual life of the city. For centuries, artists have used public locations – and the public in general – as sites and actors for their work. Transforming these places into theatres and arenas for the realization of performances and collective actions, artists mobile a kind of collective voice of the people. Through these collective actions, and the manipulation of our expectations of what does and does not belong in these ostensibly collectively owned spaces, they challenge what these spaces are, how they’re made, and who they’re made for. From single speaker’s corners to sprawling protests; from grand parades and processions to performances carried out in secrecy; from bronze historical equestrian statues to initials etched on edges of pavement; and from WPA murals to graffiti tags, the forms artists’ works take in the public space vary widely in scale, volume, and form. However, across time they share common themes: challenging why and how public and private space, life, and activities are separated; how boundaries and drawn, built, and transgressed; who is allowed to stand and speak, and where.

The exhibition looks at the power of art to change society, what the role is of art in public space, and whether art be a form of protest. Artists working in public often take a political tone, mobilizing the public for social and political change, and for the possibility of realizing an alternate future. On the High Line, a public space and natural platform for the projection of voices into urban space, nine artists share their experiences inhabiting, speaking out it, and challenging the assumed boundaries of public space.