Specters of Communism: A Festival on the Revolutionary Century

Yao Qingmei | Sanzu Ding and its Motif: Several Hypotheses on the Origin and Evolution of the ‘Hammer-Sickle’ Symbol

Sanzu Ding and its Motif is an archaeological subject ‘Professor Yao’ has being extensively researching during a yearlong period. The ‘Sanzu Ding’, more commonly used as a ritual pottery vessel, bears a mysterious symbol uncannily similar to the hammer and sickle of modern communism, which was unearthed by archaeologists in 2013. Carbon-14 dating showed it had been made around 3000 BC during the Neolithic period.

Professor Yao presents six hypotheses on the origins and evolution of this symbol based on her extensive research in archaeology, anthropology, psychoanalysis, semantics, semiology and mythology. Professor Yao is a fictional character that can be regarded as Yao Qingmei’s alter ego. This partly forged research project currently consists of three parallel and independent forms: exhibition, performative lectures and books. 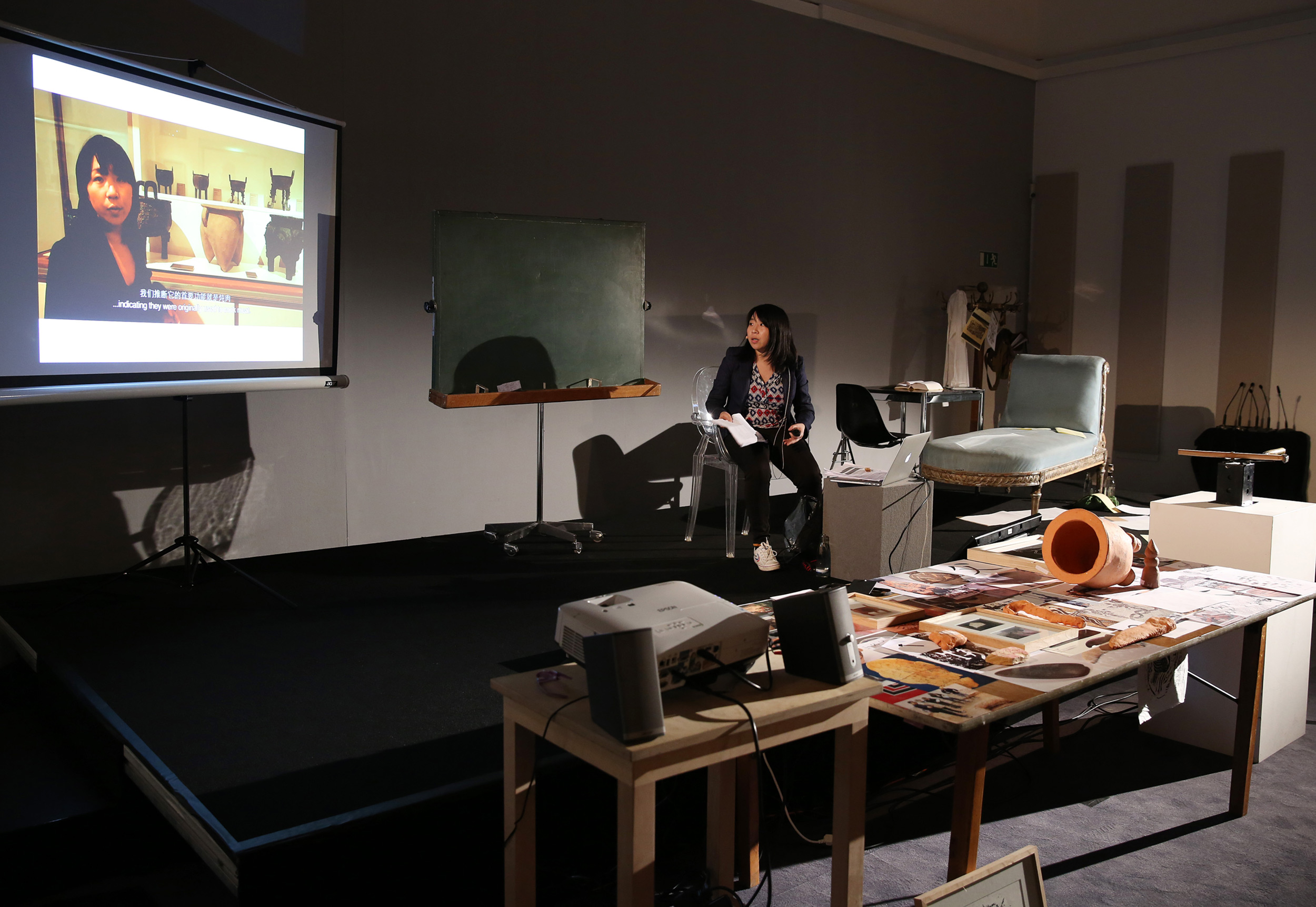