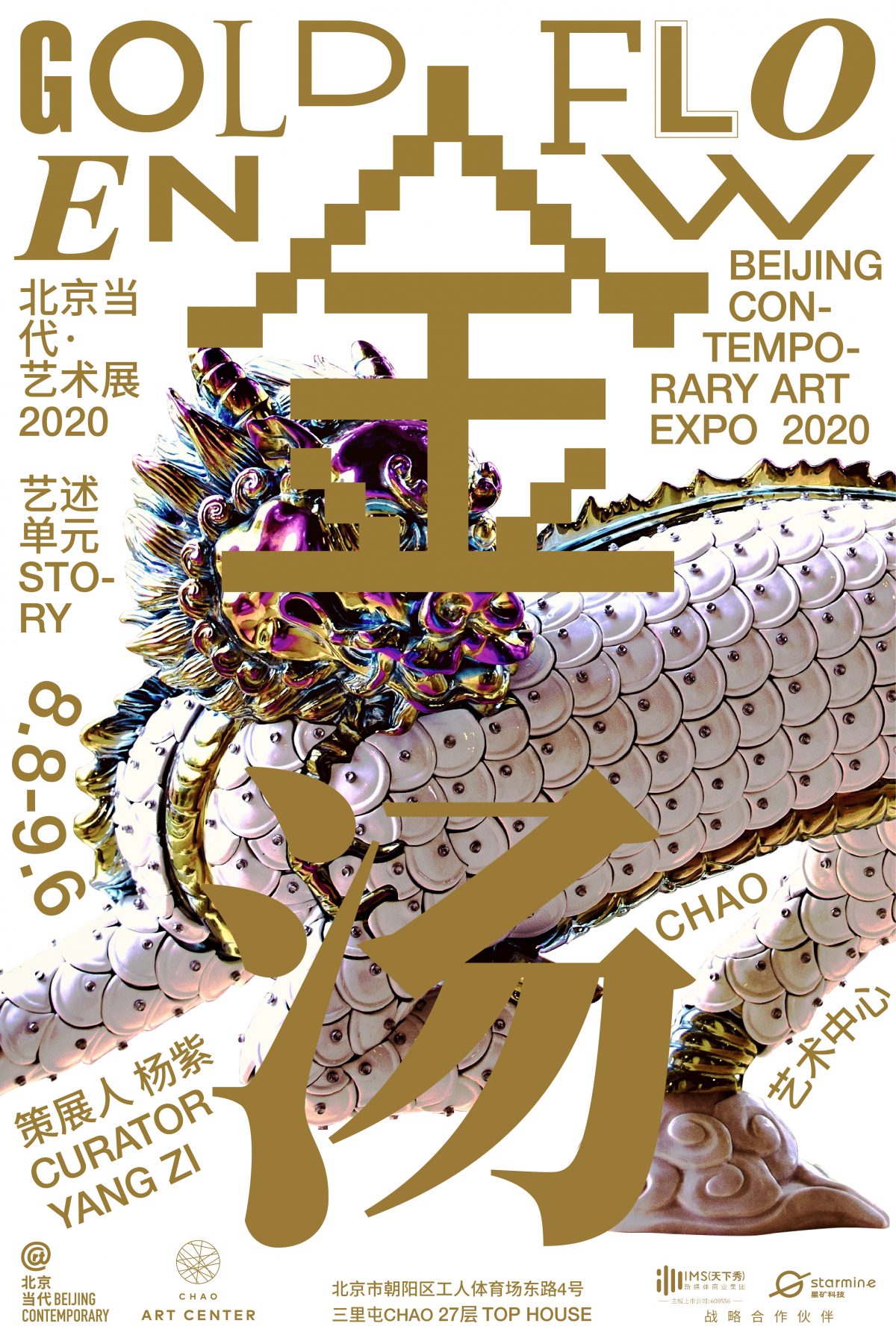 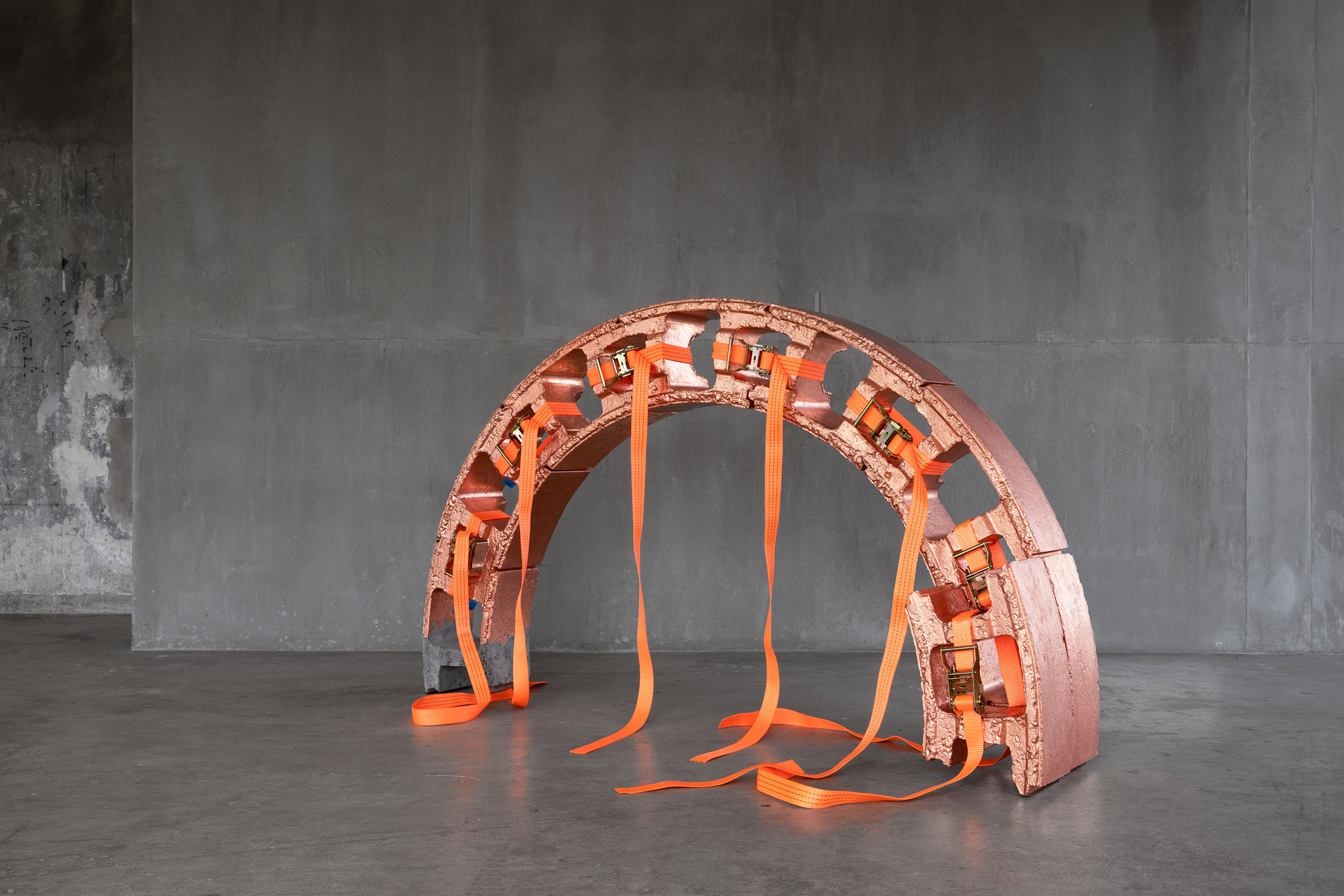 Zang Kunkun, Upright(III), 2018, bricks, copper, nylon band, metal, wood, rubber wheels, 220x80x110cm
“These eight parts assembled by orange tightening straps are derived from the common construction site waste in the process of urbanization in China. They were originally the well-wall ricks used by workers to repair the walls when drilling wells. My original intention was to see if I could present such an image with a conversion technique different from the traditional sculpture turnover, that is, from a distance, it looks like a metal turnover product, but from a close look, it is the surface of copper foil that has been pasted and knocked many times. I abandoned the quick means such as mold turning and painting and replaced it with the slow technique of imitating the tablet calligraphy in Southern Dynasties. I applied the copper foil layer upon layer to “change” its cement material and used the physical temperature to counter the industrial medium material. Each wall brick is repeatedly covered by copper foil, and finally, “evidence” is left at the bottom (copper foil is like a brushstroke and exposes the cement substrate). Compared with the “reality” of the main body, the behavior of exposing the cement substrate is equivalent to a kind of “virtual” material imagination. The selection of the number of these eight parts is also simplified to the extreme, so that the whole can just stand, forming a situation as strong as iron but also as dangerous as a mountain of eggs. The orange nylon straps whose color is very close to the copper color itself seem to warm the viewer not to approach, and the randomly placed soft straps are matched with the accuracy and coldness of bricks. These indispensable elements together constitute an organic whole. Just like the original materials (cement, copper and nylon) used in the work, the name “Upright (III)” is also self-sufficient as a basic element.”