Liang Wei is a painter and video artist based in Beijing. She graduated from L’Art Plastiques Universite Des Sciences Humanines De Strasbourg, France in 1999.

Liang Wei’s working method mirrors the fractured state of the physical world, in which old things and ideas are demolished, broken up, reused, and bastardized in order to create new realities. Objects overlap each other, merge or destroy each other. However, in this process the artist has given them new potential. By giving objects on her canvases almost organic properties, their virtual life force is combined with viewers’ imagination to create morphogenic potential for new objects and narratives to emerge. In her work, Liang Wei wants to create a disruption; through that mechanism you enter into her domain where we find our mind connecting lines to forge forms, and structure a world after our own imagining and sensory experience.

There are two important points of reference that give Liang Wei’s work a unique structure. First is artificial intelligence and the symbiotic relationship between physical reality and the virtual, and the second is classical ideas of composition. AI is a kind of computer based organism, using programs to ‘grow’ programs, and these programs reshape reality. Liang Wei has found this to be a powerful metaphor for her way of constructing images. At the same time, the Chinese idea of the landscape with multiple vanishing points, perspectives, and stories convey painting as a macrocosm, a whole world compressed in time and space. This has allowed Liang Wei ‘grow’ compositions organically without needing to worry about one common point of view. However, more recently, she has drawn on the sense of movement and drama that early Christian painting uses to convey biblical stories. As a result, there is more solidity to the forms that appear on her canvas, bringing the characters, rather than topography, to the foreground of her image.

Liang Wei in “.com/.cn”, Co-presented by KAF and MoMA PS1

Liang Wei in “Out of Ink: Interpretations from Chinese Contemporary Art” at Pera Museum, Istanbul

Liang Wei: Before Itself 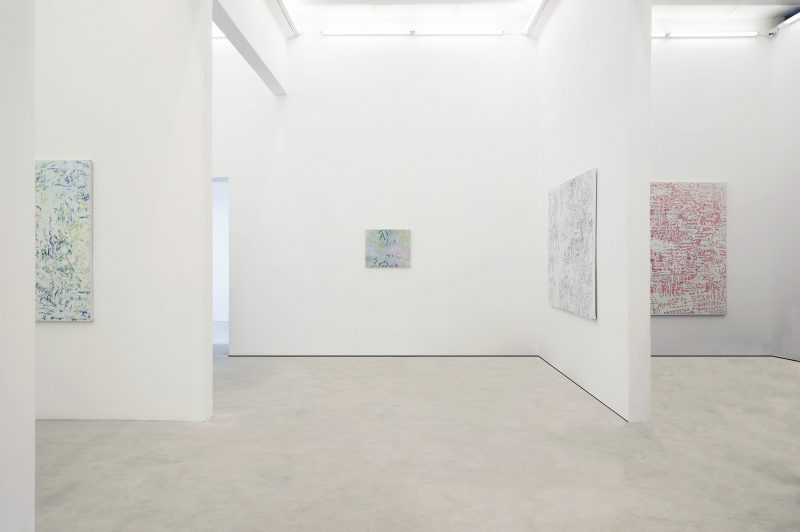 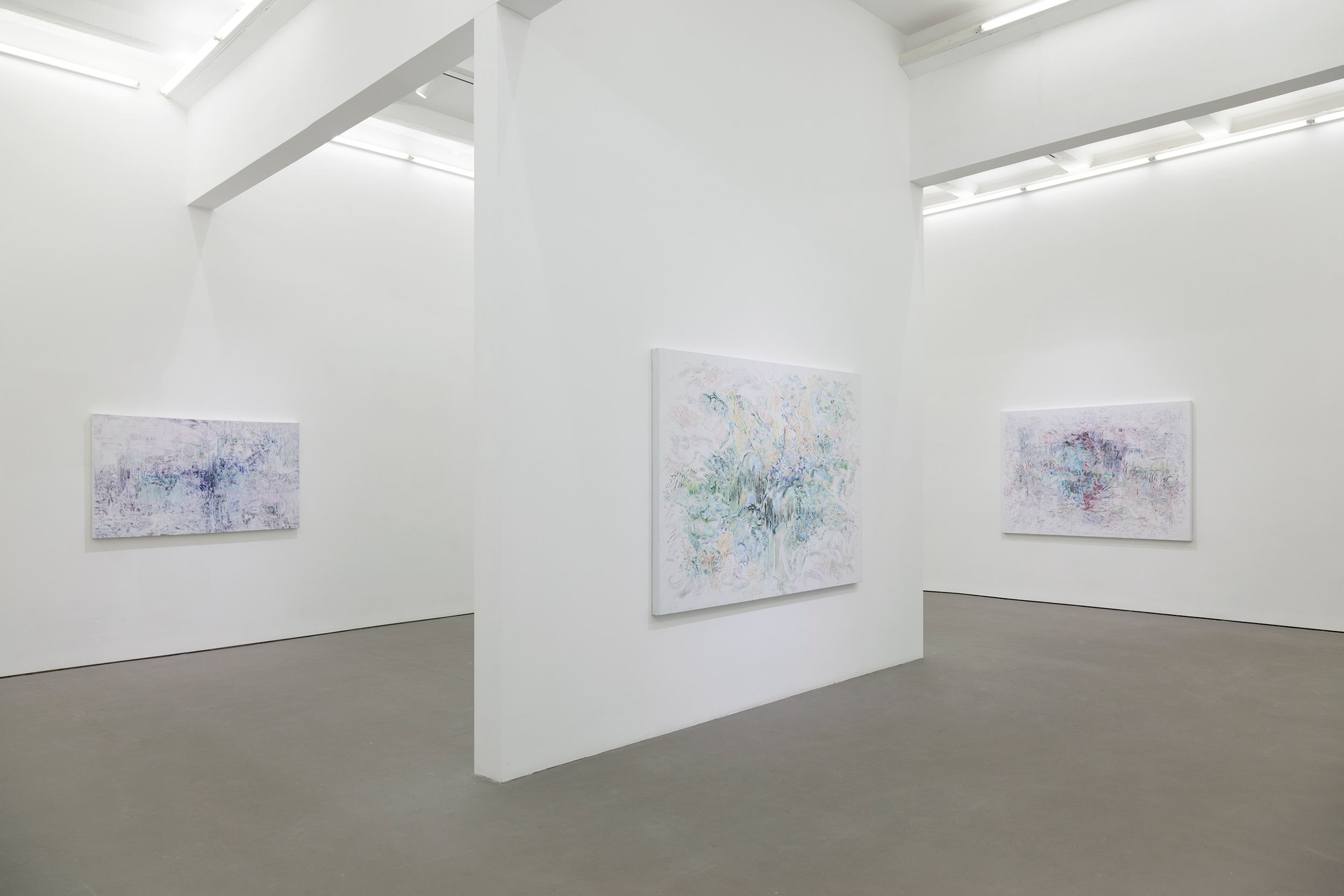 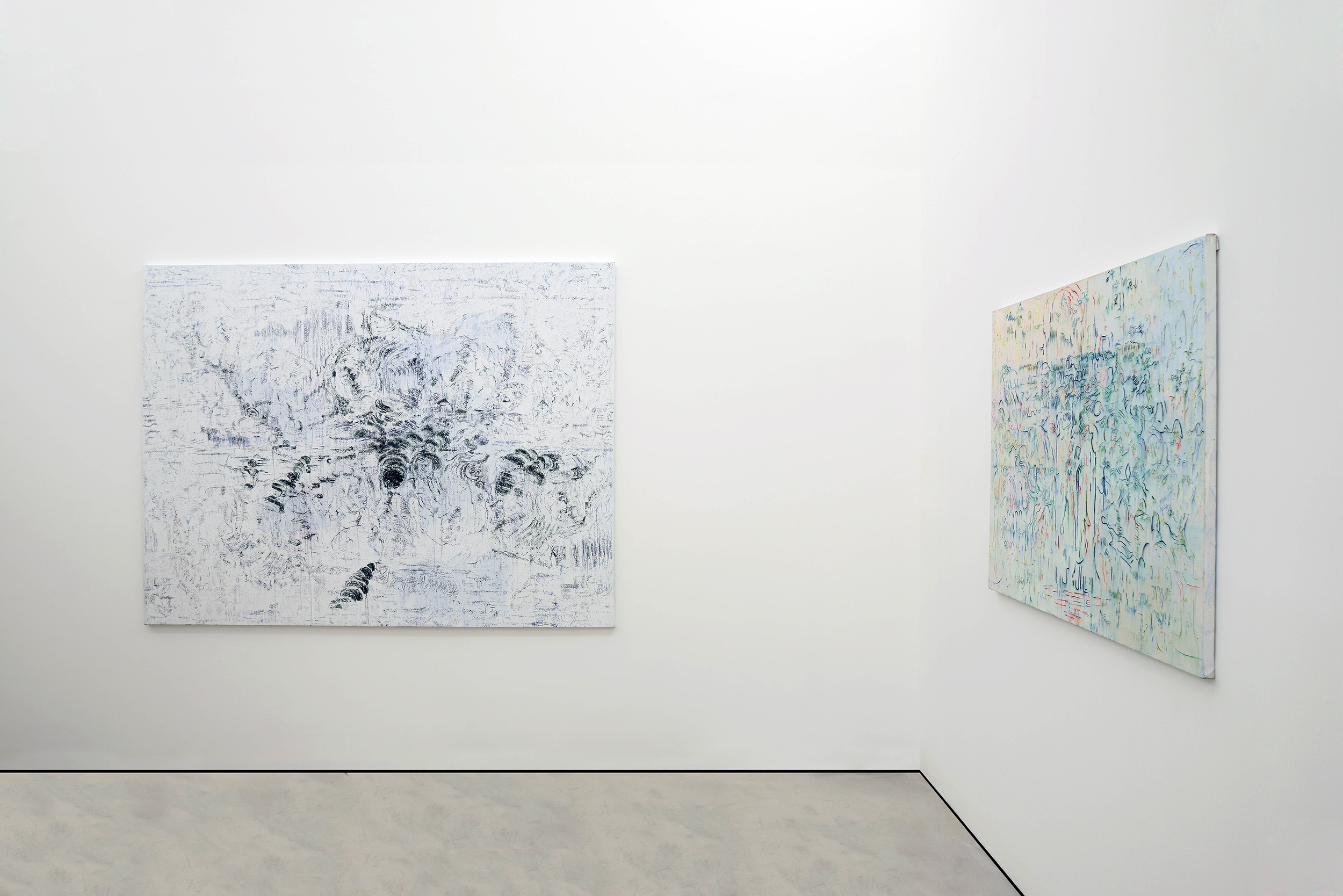 “The use of lines remains a core element of her approach but, today, they are clearly less graphic, or machine-made in their form, instead they flow, undulate, in a more personal or emotive way. They still carry some flavor of a blueprint, but there are no boundaries to the shapes that may remain, or to any of the things that were part of the initial inspiration.”