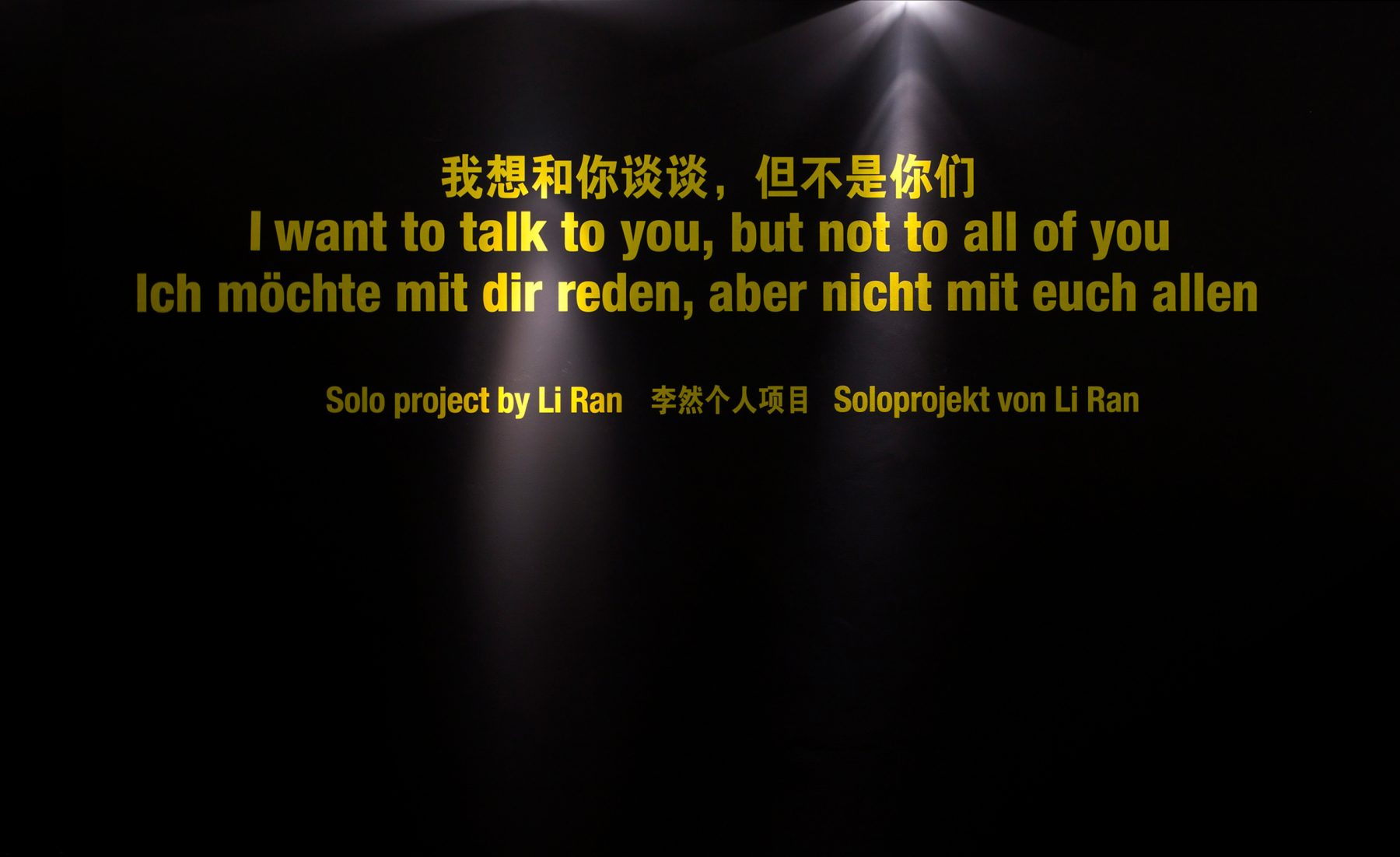 I want to talk to you, but not to all of you explores both possibilities and limitations of encounters in the art system. These encounters include conversations between artists, curators and other practitioners in the field as well as audiences.

There is an urgent need to share through conversations in the art system, yet at the same time these much needed exchanges have limitations. Li Ran’s concerns revolve around these conversations and explore how much of these discussions could actually be communicated, through many different levels in this new body of works, in which he collaborated with Biljana Ciric, the curator of this exhibition. He explores and manipulates the conversation and questions the readings of these works.

As proposed by Li Ran, the conversation with the curator serves as a point of departure for the works in this exhibition. He starts the conversation by sharing his own experiences and discussions that took place in the images he exhibited in the Artists’ Museum section of this exhibition. These abstract images show only parts of the artists, curators and friends during their conversations and random objects of daily life. Throughout the conversation, Li Ran shares more of the discussions that occurred in the situations depicted in these photos. At the same time, he starts a rarely publicly raised discussion on the role of the curator in this project, the difference between curatorial and artistic practice, and the curatorial creative processes, archival material exhibited as part of the group show and many other issues that practitioners face within the art system.

The artist explores how much of these concerns about the art system could be communicated and how it is interpreted after being presented through an exhibition. These are reflected in Li Ran’s artistic practice in recent years although superficial interpretation of his video works usually does not go beyond comments on his acting skills.

He explores these situations as an illusion that is part of artistic practices, which is hard to be shared or communicated. These are the same difficulties faced through the images that he talks about. Despite the difficulty in portraying these ideas, there is always an urge to find other possible channels to open up discussions and explore distances between participants of these discussions.

I want to talk to you, but not to all of you is presented as a part of Alternatives to Ritual, an ongoing project.