Yao Qingmei was born in Hongqiao town, Qingle, Zhejiang in 1982. Currently she lives and works in Wenzhou and Paris. After graduated from Zhejiang Ocean University with a BA of Marketing, Yao Qingmei went to France to further her study and was entered art school by chance. In 2013, she graduated from National School of Fine Arts at the Villa Arson. She was awarded the winner of Prix spécial du jury at the 59th Salon de Montrouge in 2014, the Prize “Young Chinese Artist of the Year” in 2017 and the Prix Jeune Création of Paris in 2018.

In Yao Qingmei’s works, she often questions the power system and conventional cognition in reality in a form of intervention. By using the symbolic expression, Qingmei explores the transformation of the meaning of power in daily life through absurd and romantic performance in her works. She creates in public with an act of intervention, or creates by combining dance, music, textual objects and images in a performance way or a stage play.

Yao Qingmei’s practice traverses the boundary between performance and its site, frequently enacting intervention in public space to perturb the parameters of its reality and surroundings. Her art is deep-rooted in a critical reflection into the formulation of political and social questions, exploring how symbolic gestures gain or lose power through forms of appropriation and displacement. Here, humor plays an important role in her work, using the poetics of comedy to expose the absurdity of a particular issue. Offering different methods of resistance, her theatrical performances and interventions find their form in an area overlapping burlesque traditions of satire and parody, which combine with framing devices influenced by theatre sets and costume, pedagogical lectures, the dialectic between image and text, choreography inspired by modern dance.

Yao Qingmei in “The Racing will Continue, the Dancing will Stay” at Guangdong Times Museum

Yao Qingmei in “The New Normal: Art and China in 2017” at UCCA, Beijing 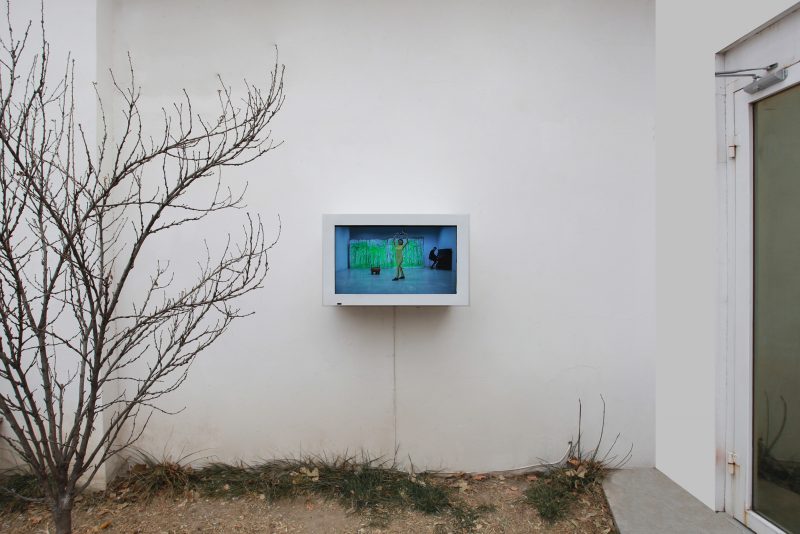 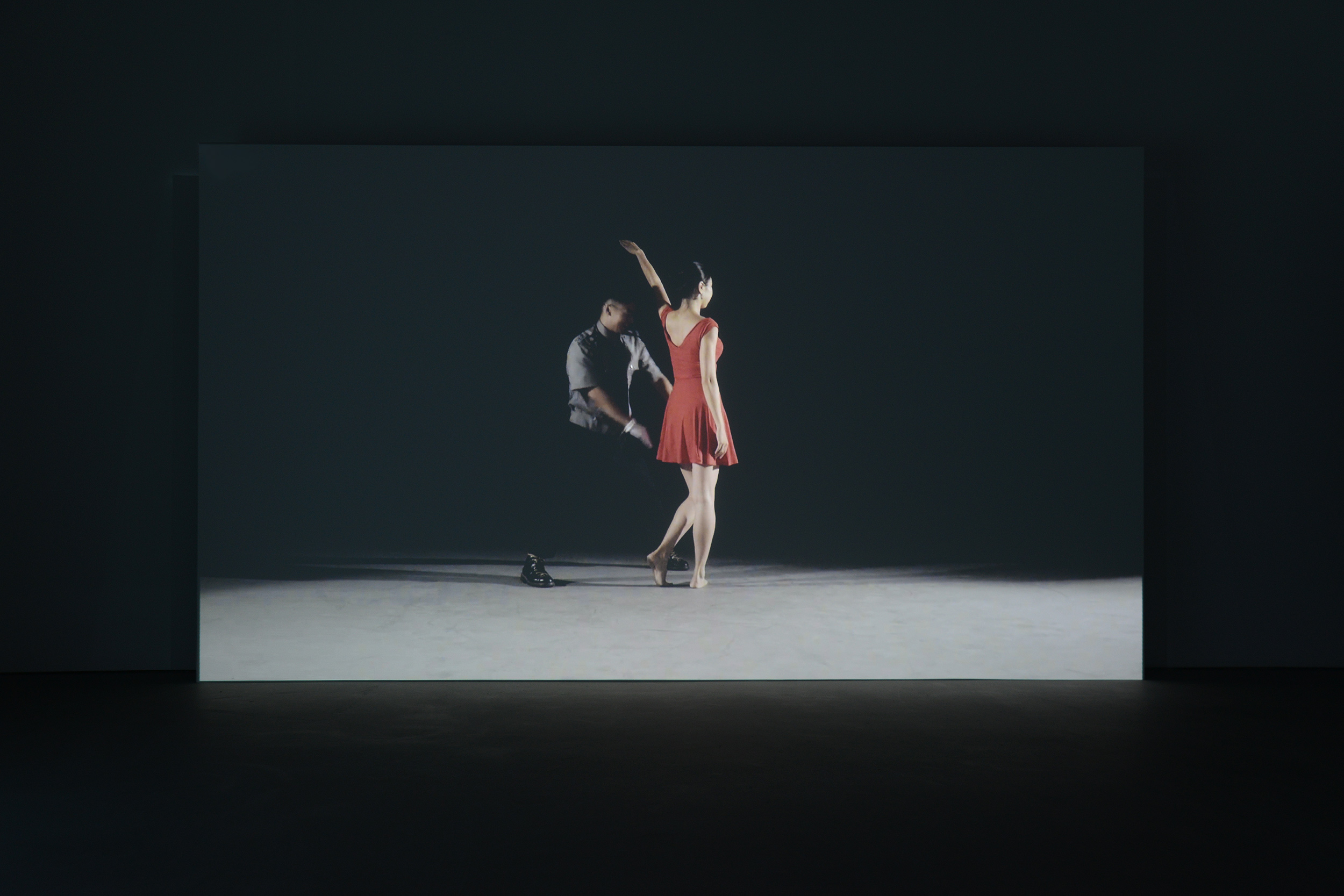 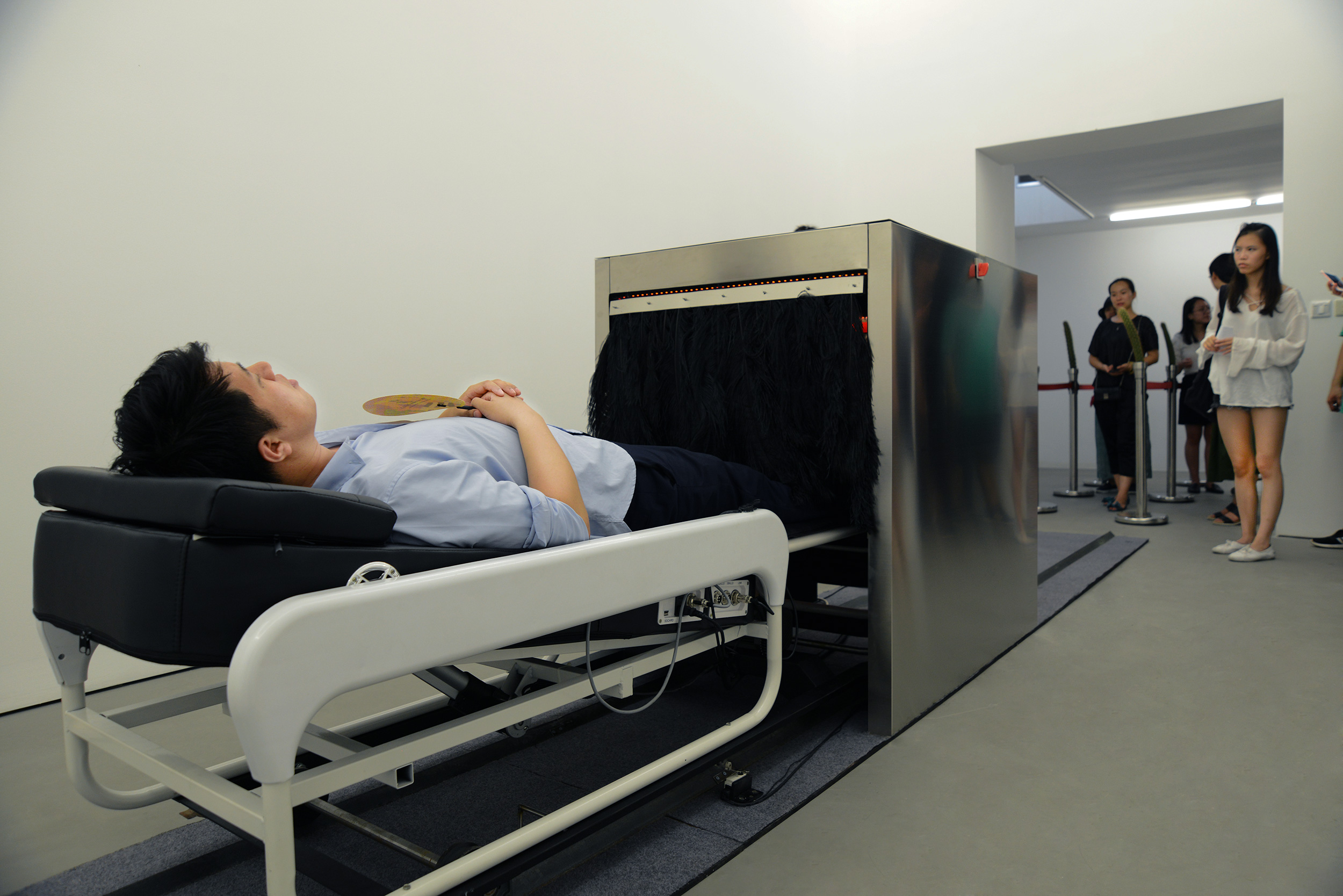 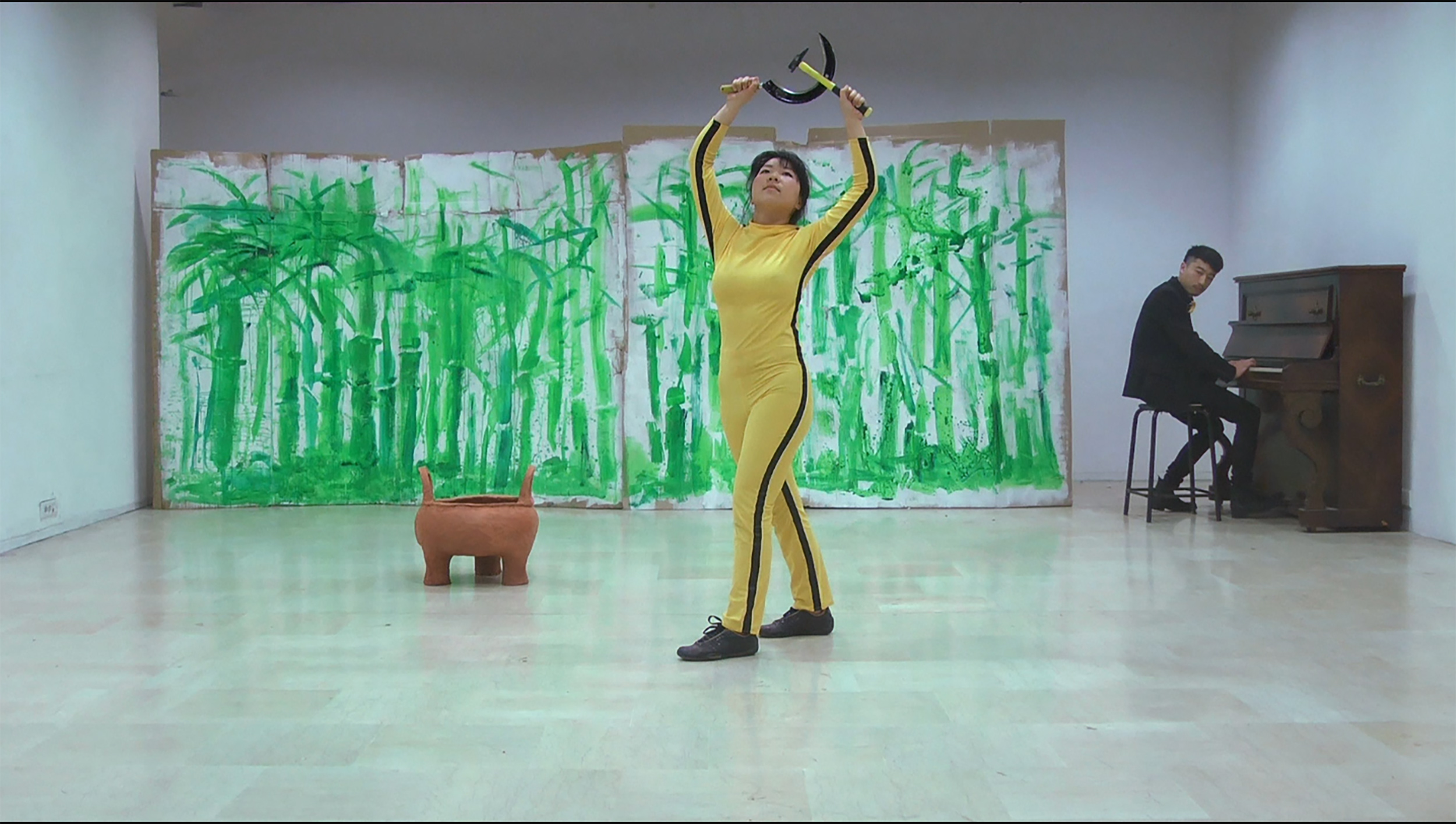 Sanzu Ding and its Motif – Several Hypotheses on the Origin and Evolution of the ‘Hammer-Sickle’ Symbol, 2014, Installation, dimensions variable